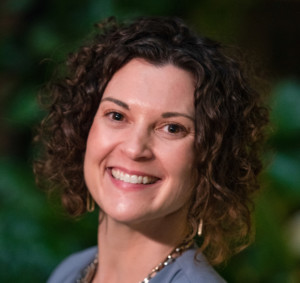 Spring is coming to an end and summer is just around the corner, beckoning a time of growth and transitions. In keeping with the change of seasons, IREC will bid adieu to Sara Baldwin, Vice President of Regulatory, who will be taking a few weeks off before starting her next professional opportunity.

Sara will be greatly missed by the IREC team, and her legacy of regulatory successes and national thought-leadership will be fondly remembered by all who worked with her. As we commemorate her last day with IREC on May 29th, we reflect on her six years of service to the organization.

Under Sara’s leadership, IREC was successful in shaping the rules in over 20 states on issues impacting the integration of high penetrations of DERs on the grid, including interconnection, hosting capacity analyses, smart inverters and energy storage, integrated distribution planning, community solar, and other consumer access policies. Sara also helped create IREC’s Vision Summit, our flagship conference that brings together clean energy leaders from across the country to explore necessary steps to make bold clean energy goals a reality.

Sara co-authored and contributed to numerous IREC resources, including A Playbook for Modernizing the Distribution Grid (2020) and Making the Grid Smarter: State Primer on Adopting the IEEE 1547™-2018 Standard for Distributed Energy Resources (2019), Expanding Solar Access: Pathways for Multifamily Housing (2018), and Charging Ahead: An Energy Storage Guide for State Policymakers (2017), among others. She also delivered dozens of presentations at conferences, workshops, webinars and other events. On behalf of IREC, Sara served on the Advisory Board of GridLab, on the Technical Team for the US DOE SunShot Solar Market Pathways initiative and on the NREL Distributed Generation Interconnection Collaborative Advisory Committee.

“Sara’s contributions to IREC over the last six years have been exceptional and the impact of her work will extend far beyond her tenure as a member of our staff,” said IREC President and CEO, Larry Sherwood. “Sara’s work to improve the regulatory landscape in the U.S. has been substantial and has advanced IREC’s mission to build the foundation for rapid adoption of clean energy and energy efficiency. Because of Sara’s work, distributed energy resources can more efficiently connect to the grid. I and the rest of the IREC team have benefited greatly from Sara’s leadership and insight and we wish her the best in her next steps.”

Although Sara will be missed greatly, IREC’s Regulatory Team is well-positioned to continue to have an impact and sustain its excellent, high-quality work to help states across the country adopt best practices to enable more DERs on the grid. IREC is hiring to fill the Vice President of Regulatory role (applications accepted through May 28). During the transition period, Mari Hernandez, Assistant Director of the Regulatory Program, will serve as Interim Director and will be the primary point of contact on all program matters. Brian Lydic, Chief Regulatory Engineer, and the attorneys with Shute, Mihaly & Weinberger, LLP (led by Partner, Sky Stanfield) will continue their engagement in multiple state proceedings and regulatory matters, and all regulatory efforts will be overseen and supported by Larry Sherwood, IREC’s CEO and President, until the next VP is hired.

“It has been such an honor and privilege to work for IREC—an organization I have known for decades and have long admired. Joining IREC gave me the chance to be a part of a foundational organization that is contributing expertise and thought leadership to support the transition to a 100% clean energy future,” said Sara. “In addition, I hold in high regard the team of individuals that make up the IREC family, and I am so fortunate to have had the chance to work alongside a group of dedicated, passionate, smart and committed people over the past six years.”

On Wednesday, May 25, the Illinois Commerce Commission (ICC) made several changes to the state’s rules governing how distributed energy resources (DERs), such as rooftop solar panels and energy storage systems, connect to the state’s electric distribution grid. The revisions to Illinois’ interconnection rules include a number of positive developments that will streamline the interconnection process and reduce the time and cost to connect clean energy to the grid.
Read More
IREC News

By Gwen Brown & Sky Stanfield After 5 years of work, in late April 2022, the California Public Utilities Commission announced the launch of a new process for resolving disputes that arise during the interconnection of distributed energy resources, like solar and energy storage, to the grid.  While time will tell how the process plays...
Read More
IREC News

IREC’s 2021 Annual Report covers our biggest highlights from last year, including key wins from our Regulatory, Workforce, and Local Initiative teams, metrics that quantify our impact, and more. “2021 was a momentous year in IREC’s 39-year history, marking our merger with The Solar Foundation—another leading clean energy nonprofit with a commitment to independence, rigor,...
Read More
We use cookies on our website to give you the most relevant experience by remembering your preferences and repeat visits. By clicking “Accept”, you consent to the use of ALL the cookies.
Cookie settingsACCEPT
Manage consent