“Their work is setting new standards – creating solutions to today’s complex renewable energy and energy efficiency challenges – changing communities and our national energy landscape in the process,” added Ken Jurman, IREC board member and chair of the 3iAwards Committee.

“As we honor their achievements, IREC celebrates its 35th year,” Shirley said. “We are more proud than ever of our own history, leading transformative policies and practices that allow millions more Americans to benefit from clean renewable energy.”

Also at the awards ceremony, three special IREC Energy Heroes were honored, “recognizing their remarkable and tireless commitment to the expansion of clean energy,” said Shirley.

State/Local Government Achievements of the Year

Sustainable CUNY on behalf of the NYC Solar Partnership 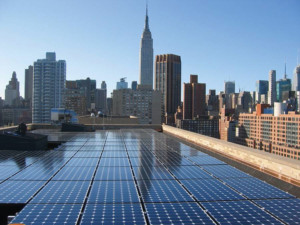 The New York City Solar Partnership helped lead to the quadrupling of the city’s solar capacity in just two years. Project review time was reduced from more than 24 days to less than 24 hours. As a result, Mayor De Blasio announced a new city solar target of 1,000 MW by 2030, and set NYC’s first energy storage deployment target of 100 MWh by 2020, to support resiliency during outages. The partnership worked with the City University of New York (CUNY) Smart DG Hub to develop and publish the NYC Resilient Solar Roadmap in late 2016. The NYC Solar Partnership, led and formed by Sustainable CUNY, includes the NYC Mayor’s Office of Sustainability, the NYC Economic Development Corporation and CUNY. 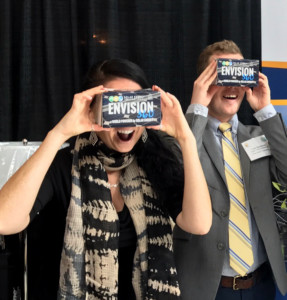 Envision360 is a solar recruitment program technology tool that gives students a virtual experience of what it’s like to work in the solar industry, using Google Cardboard Viewers and virtual reality (VR) technologies. SEI’s program, Solar Ready Colorado: Solar Professionals Training and Outreach Program and Career Expo, was funded by SEI and a matching grant from the Colorado Department of Labor and Employment under the WORK Act Grant.

Community/Shared Renewables Project of the Year 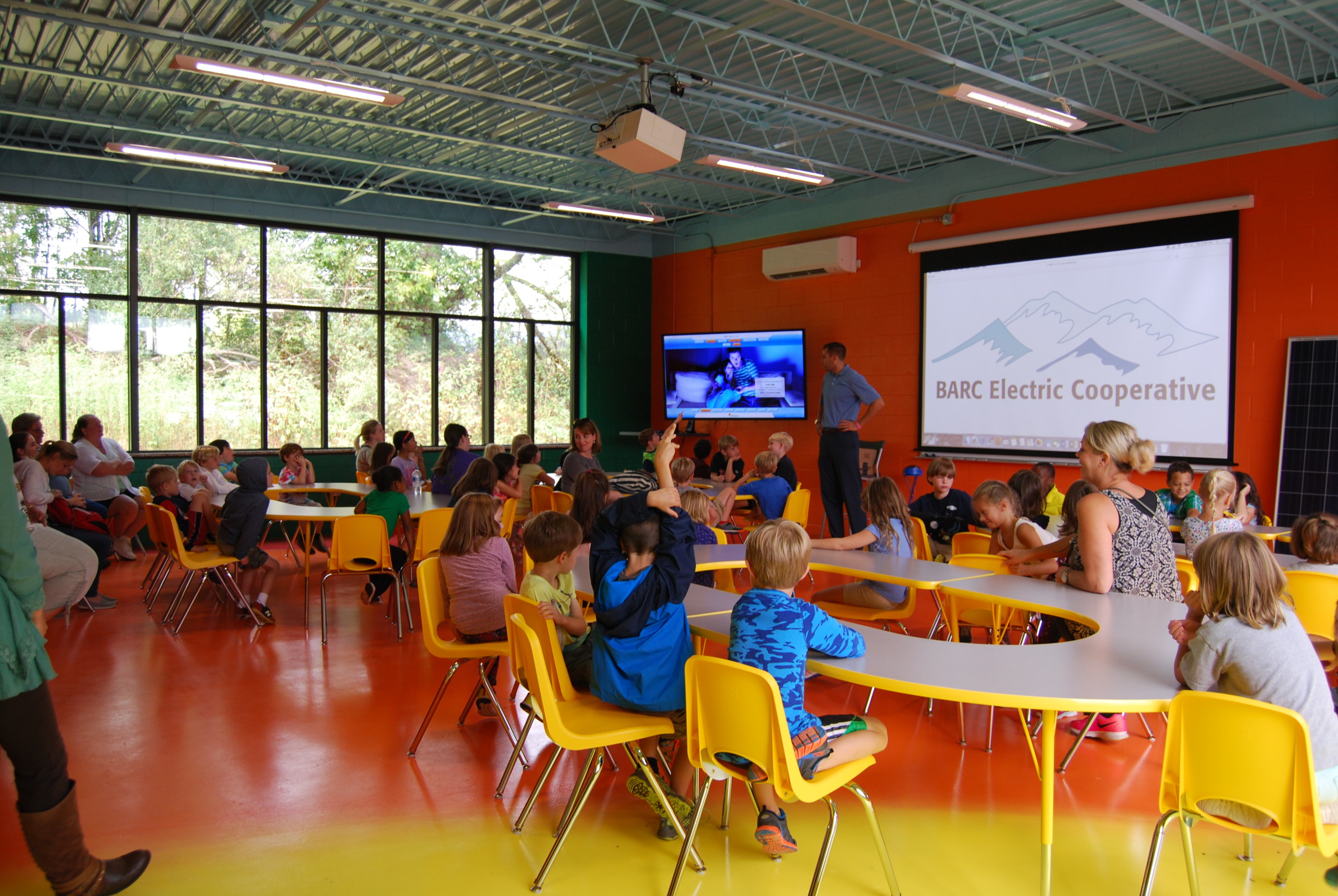 BARC’s Community Solar Project & Solar Learning Center achieves two firsts for Virginia. The community solar project is the first and only community solar project in the commonwealth. The 550kW project was oversubscribed before it was operational – there’s a wait list for phase II. Also a first is a complementary solar classroom with interactive displays, multimedia, discussions and experiments for building solar toys. By combining multiple financing sources – Clean Renewable Energy Bonds (CREBs), federal and state grants – with a subscription-based approach, BARC affirms that community solar is feasible and achievable for any utility.

Regulatory Champion of the Year 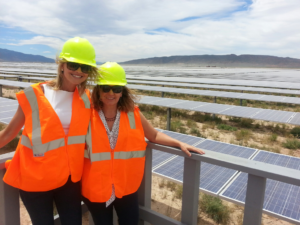 Over the last 10 years, Utah has overcome multiple barriers to solar adoption and has experienced extraordinary market growth. Formerly a nascent market, solar’s estimated annual economic benefit to Utah’s economy rose to $300 million in 2016, and the state rocketed from 16th to 6th in the nation for total solar capacity installed. To ensure Utah’s continued solar growth, Utah Clean Energy developed a 10-year solar plan for the industry, regulators, local governments and utilities to work together to simplify and expand rooftop solar and reduce costs. A Bright Future: a 10-Year Solar Deployment Plan for Utah helps decision makers develop policies that improve market certainty for the solar industry, and ensure fairness for consumers and utilities. It provides a clear path to overcome the state’s newest challenges and guide the development of a sustainable and robust solar market across the state.

Brad Burkhartzmeyer is a highly skilled solar trainer. He’s also a “solar social philanthropist.” He has taught for Solar Energy International since 2009, in English and Spanish, domestically and internationally. A certified IREC Master Trainer and NABCEP (North American Board of Certified Energy Practitioners)  Certified Solar PV Installer, he also takes his personal commitment and 20-year expertise where it’s needed most. He has worked with the Solar Electric Light Fund’s projects to provide power for hospitals in Africa, started a PV training program at a technical college in Haiti, and has worked with Rotary Clubs to provide clean drinking water using solar power in six rural communities in Latin America and Africa. He is a founding member of the non-profit group Remote Energy, which works directly with disadvantaged communities to develop their technical skills in solar installations. He resides in Tacoma, WA. 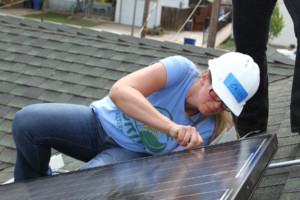 Erica Mackie, P.E. is CEO and co-founder of GRID  Alternatives, the nation’s largest  nonprofit solar installer. Their goal: to make the benefits of renewable energy and energy efficiency technologies available to low-income communities that need the savings and jobs the most, yet they have the least access. Today, GRID Alternatives uses a community barn-raising approach to offer no-cost to very low-cost solar power for low-income families. It’s a double win, since simultaneously they’re providing hands-on installation experience for job seekers and community volunteers. GRID also offers technical assistance and turnkey installation services to multifamily affordable housing developers, and they’re working with cooperative, municipal and investor-owned utilities to develop the first community solar projects in the country dedicated to low-income communities. “We are honored to recognize Erica as a 2017 IREC Energy Hero for her extraordinary vision and leadership,” said Shirley. She lives in Oakland, CA.

Mike Sheehan, P.E. is a utility engineer whose expertise has led to more advanced and progressive interconnection processes across the U.S. His ability to translate complex engineering concepts so non-technical audiences can understand them enables regulators to better grasp underlying grid concepts, facilitating more informed decision making. “Mike’s extensive electric utility industry experience has been invaluable to the success of IREC’s regulatory work and our team’s understanding of fundamental engineering concepts that help us advance state regulatory policies,” said Sky Stanfield, an attorney who represents IREC in regulatory matters. Mike has been actively  involved in the development of IEEE interconnection standards for distributed energy resources (DER), and is the co-author of multiple IREC and Solar ABCs resources that helped create national best practices. He resides in Seattle, WA.

Elaine Ulrich, Ph.D. leads the U.S. Department of Energy (DOE) “soft costs team” and is the driving force behind both the STEP Program, which stands for Solar Training and Education for Professionals, and the initiative known as GEARED, for Grid Engineering for Accelerated Renewable Energy Deployment, which is training future power systems engineers for a modernized grid that accommodates significantly more distributed energy. Her team’s charge is to invest in programs that drive down costs and increase widespread deployment of solar technologies. The STEP program includes IREC’s nationwide work with firefighters and code officials to increase their training about solar technologies, so they are solar smarter and safer working around buildings powered by the sun. “IREC has had the pleasure of working closely with Elaine, building and implementing groundbreaking programs which have become national success stories,” said IREC President/CEO Larry Sherwood. “So many of her visions have become realities. Elaine is an IREC Energy Hero and the greatest of champions for a workforce-ready clean energy future.” She lives in the DC metro area.