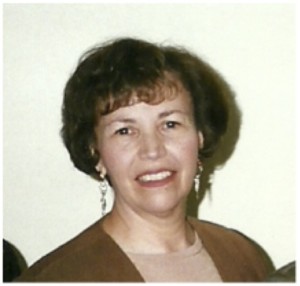 Twenty years ago, Louise Urgo joined the IREC team but, the story starts before then.  Louise was the Contracting Officer at the Department of Energy and in the early 90s, she oversaw IREC’s grant when we started our collaborative efforts with utilities, regulators, and the PV industry.

Lou was our steady hand as we navigated the perplexing channels of grant rules and regulations.  Lou kept a sharp eye on us but her uniqueness as a federal bureaucrat was what we called her “green light” approach.  Lou was firm about following the rules but she did so making sure our goals and objectives were encouraged and not blocked by red tape.

When Louise retired from DOE, she joined IREC and gave us the good fortune of her expertise which became a cornerstone of our operating framework. She took on the pain of grant management and did so with kindness and a delightful sense of humor. Never one for the spotlight, Lou stood behind the curtain giving IREC the platform to succeed.

“We always relied on Lou to be there when needed to put budgets together, fill out what sometimes felt like endless forms, and make sure that our operations followed grant terms and conditions to the letter,”said Larry Sherwood, IREC’s President and CEO. “She never failed us.  She was a leader on our team and guided IREC for two decades. I will miss her and I know the staff will too.”

Louise is now retiring and rightly deserves her time and space. She leaves IREC in the best of shape, thanks to her many years as our teacher, mentor, diplomat and dear friend. Thank you, Lou.