A Bounty of Shared Solar

I always enjoy learning obscure terms for collective nouns (a convocation of eagles, a bloat of hippopotamuses) so I wonder if we could coin a good term for a collection of shared solar programs? A ‘bounty’ perhaps? Whatever we call it, the collection of programs continues to grow year after year. If you’ve been following IREC for some time, you may have seen the collection we maintain online, IREC’s Shared Solar Program Catalog.

If you’re new to the term, shared renewables programs allow electric customers to participate in a common, shared system and, in return, receive a benefit from their participation. Through our catalog, we track voluntary and state-mandated programs that meet our definition of shared renewables as defined in our Model Program Rules for Shared Renewables. We just released an updated version of this catalog and I wanted to take time out to provide a summary of this data, in addition to a few other shared solar updates from around the country.

Looking at the program catalog, one thing that stands out is a clear upward trend in the number of programs developed since the first program cropped up in 2006, in the city of Ellensburg, WA. Electric cooperatives are clearly leading the trend, with 25 programs launched or announced, but public power programs (16) and investor-owned utility (IOU) programs (13) represent a larger share of the more recent projects. 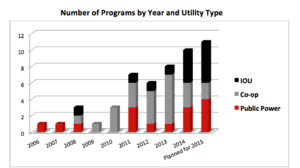 Given the larger size of IOUs, however, it is not surprising that they represent a far greater share of the installed kilowatts (kW)— around 48,000— and far larger average program size (around 6,000 kW) than public power utilities and electric cooperatives. 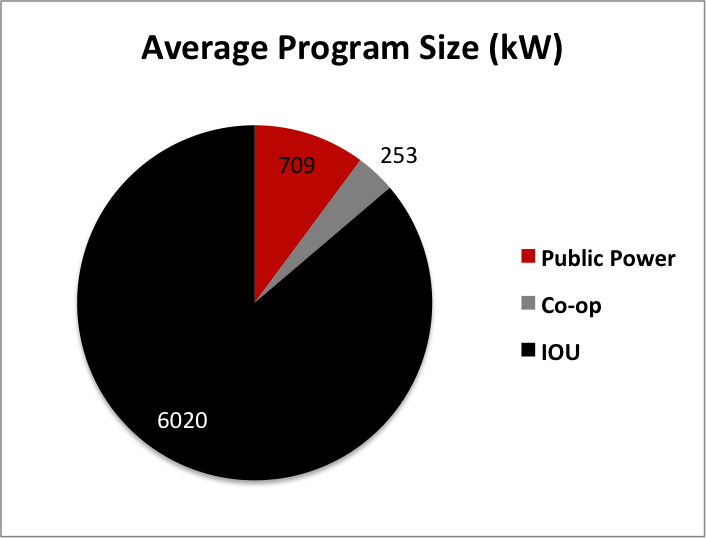 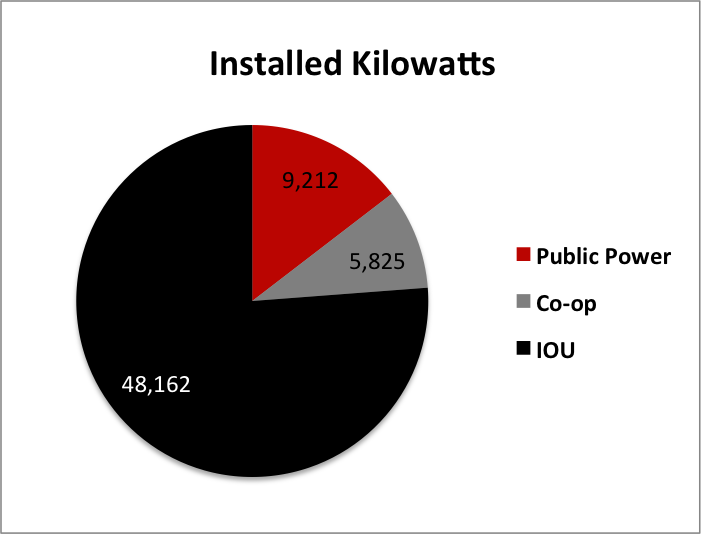 For more information on the individual programs, check out our updated program catalog which contains information on participation mechanisms and benefits, links to the program websites, and other useful program details. IREC developed this catalog in conjunction with the Solar Electric Power Association (SEPA), which also recently released a thorough summary of their data and findings.

Adding to the bounty, the Minnesota Public Utilities Commission (PUC) issued a final order on September 17, approving the implementation of Xcel Energy’s Community Solar Gardens (CSG) program. In 2013, the Minnesota legislature passed a law enabling CSGs up to one megawatt and requiring Xcel to offer such a program. For the past year, IREC has been involved in helping implement this legislation through our engagement in the PUC rulemaking. On April 7, the PUC issued an order on Xcel’s proposal, which incorporated several important changes supported by IREC. These modifications include: implementing no cap on the program; valuing a participant’s bill credits at the retail rate until a value-of-solar tariff (VOST) for CSGs can be determined; and compensating solar garden operators for the renewable energy credits associated with their generation at fixed rates, if the operators choose to sell those credits. In its September ruling, the PUC approved Xcel’s resubmitted proposal pending several other clarifications; Xcel has until September 27th to file an updated tariff. If all things go according to schedule, we could see the program launched in early January 2015. That said, there are still a few more program design decisions forthcoming, so stay tuned as IREC continues to engage in this effort. We view Xcel’s new CSG program as very promising, representing an exciting opportunity for Xcel’s Minnesota customers.

Shared solar has been getting renewed attention in Hawaii too, after Hawaiian Electric Company’s incoming president and CEO, Alan Oshima, recently voiced his interest in developing community solar gardens on the state’s underutilized circuits. In spite of previously shelved legislative attempts on this front, the opportunities for shared solar in Hawaii are considerable. We commend Mr. Oshima for his leadership on this issue, and look forward to engaging with Hawaii stakeholders on the next steps.

IREC has been excited to see the market expanding effects and increased access that shared solar has brought about over the past decade. As shared solar continues to gain momentum, we expect many more people will soon have access to clean, renewable energy where they live, (or where they don’t live, as it were).

Next month, at Solar Power International in Las Vegas, IREC and SEPA will be co-presenting on shared solar during IREC’s 3iForum – 30-minute insight sessions for Information, Innovation and Inspiration – October 21-23 in the industry trends booth #3909 (upper level exhibition hall). Don’t miss it!