Building on a strong foundation, the critical need for updated interconnection policies

By Sky Stanfield and Laurel Passera

Say you’re thinking about adding another story onto an old house. You probably wouldn’t want to start building without first having a structural engineer make some calculations to ensure the house could support the addition. Now keep that image in mind as you consider interconnection policy as one of the main load-bearing walls in our solar market “house.” If not properly designed to match the growing market conditions, state interconnection policies may cause the house to come crashing down…or at least cause some major cracks to form. 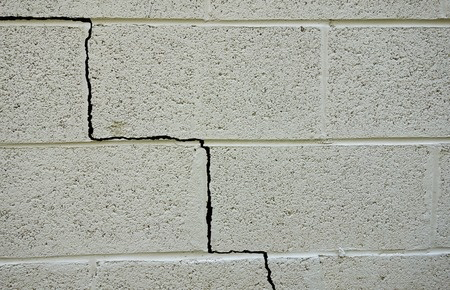 Take Hawaii, for example. You may have heard about the dramatic slow-down of distributed solar interconnections, and accompanying loss of solar jobs, due to higher penetrations of solar on many circuits. This situation arose largely because the interconnection standards and grid planning policies in the state were not designed to efficiently accommodate additional distributed solar systems once high penetrations of solar were reached.

Hawaii is not the only state that has faced, or will face, these interconnection challenges. Through our participation in interconnection efforts in California, Massachusetts, and most recently in North Carolina, IREC is seeing a growing trend: rapid solar market growth is placing considerable pressure on state interconnection standards that were originally developed with considerably lower penetrations of distributed solar generation in mind. Even states like these that have experienced sustained solar growth for a number of years are facing the need to update and refine their interconnection procedures to reflect changing market conditions and technologies.

Imagine, then, the effect that an overnight, groundbreaking policy might have on a less-developed market. For example, Minnesota recently adopted an ambitious community solar gardens (CSG) program that resulted in a rush of reservations and interconnection applications – in the first week, Xcel Energy received 427 applications for a total of 420 megawatts (MW). To put this in context, 420 MW is roughly 23 times the amount of distributed solar currently installed in the North Star State. Shared solar projects, like all others, still need a clear path to interconnection—a prospect that may seem daunting in the face of so much new solar.

Minnesota’s Solar Energy Jobs Act (2013 HF 729), the same bill that enacted the state’s community solar gardens program, also required Xcel to “establish uniform standards, fees, and processes for the interconnection of community solar garden facilities.” Seeing the writing on the wall during the CSG docket, IREC emphasized to the Commission the importance of making needed updates to Minnesota’s interconnection procedures to avoid any potential slow-downs or backlogs once the CSG program launched. As expected, the impressive volume of CSG applications has indeed raised immediate questions about the appropriate process for reviewing these projects. In light of continued debates in the proceeding (MN PUC Docket 13-867), we are pleased to see interconnection issues now being discussed more proactively and look forward to diving in further to assist Minnesota as they shore up the foundation of their burgeoning solar market.

Indeed, other states would be wise to follow suit. According to a recent National Renewable Energy Laboratory study, there is a direct correlation of strong interconnection policies and strong solar markets. Building on earlier research, the study confirmed that “states in all contexts experienced more robust markets with the implementation of interconnection and net metering.” Not surprisingly, it emphasized that interconnection policy is “foundational for distributed generation market growth.”

Despite the progress IREC has made over the past decade to advance interconnection best practices and model rules across the country, currently seven states do not yet have any state-jurisdictional interconnection standards, and several more have guidelines that do not provide much in the way of technical procedures.

There are some positive examples, however, to show that some states are being proactive about interconnection. South Carolina, for instance, showed some foresight in regard to interconnection, with the passage of SB 1189 last April. In addition to providing for net metering and solar leasing, the bill also required an update to interconnection procedures to ensure that utilities were prepared for the certain uptick in distributed generating capacity. Good thinking, Palmetto State. Illinois is also considering proactive updates to their interconnection standards that could help accommodate the rapid growth in solar applications expected as a result of several new programs in the Prairie State.

Even Hawaii, which has had to learn the hard way about the importance of proactive interconnection policies, is now finally getting around to adapting procedures to handle additional growth and higher penetrations of distributed solar. The Hawaiian Electric Company (HECO) recently proposed to increase the circuit penetration threshold on their grid from 120% of minimum daytime load (MDL) to 250% of MDL when smart inverter functionality is applied. This is a huge and unprecedented step.  Hawaii’s efforts show us that interconnection practices that seemed impossible just three years ago (e.g. applying a 100% of MDL screen in a supplemental review process) can be rapidly overcome with experience and determination. This leaves us to wonder, what will be possible three years from now?

While there is plenty more work to do, adopting quality and proactive interconnection standards does not have to be hard!  Thoroughly vetted reputable models exist, such as IREC’s Model Interconnection Procedures and the Federal Energy Regulatory Commission’s recently updated Small Generator Interconnection Procedures (to which IREC contributed and helped develop, in collaboration with a wide range of stakeholders across the country, including several utilities). The technical standards in these models have been adopted and put to the test in states across the country and, thus provide a streamlined approach for other states to adopt without having to expend significant resources and time reinventing the wheel.

We can learn many lessons from these states’ experiences but perhaps the most important is interconnection policies should be evaluated in the context of current trends as well as anticipated growth. By taking a more proactive approach to interconnection procedures and aligning with known best practices, states can simultaneously enable higher penetrations of solar and other distributed generation, while also preventing cracks or fissures that may compromise the foundation of future market growth.