Today’s long-awaited, unanimous Rule 21 decision by the California Public Utilities Commission (CPUC) comes with some very important wins for the energy customer who is interested in investing in distributed renewable energy. 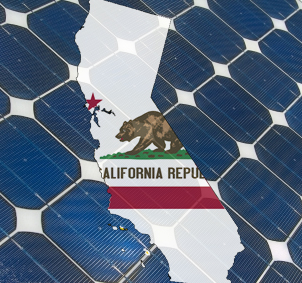 In addition, the commission’s order takes important steps to help clarify the interconnection process for energy storage systems, and sets forth a path for further consideration of smart inverters, which can help manage higher penetrations of distributed resources on the grid.

“This decision further clears the path for interconnection customers and sets new next-generation best practices in place in the country’s largest clean energy market,” says Sara Baldwin Auck, regulatory director of IREC, which has been at the forefront of shaping these notable reforms since the proceeding began in 2011. “IREC commends the commission for its continued leadership in this area and extends its thanks to the California utilities and many stakeholders who have worked together over the last five years to make Rule 21 the most innovative and progressive set of interconnection standards in the country.”

Many of the reforms already adopted as a result of early stages of this proceeding are now best practices utilized by the Federal Energy Regulatory Commission (FERC), as well as other states. We expect the changes adopted today will be similarly instructive to other states facing similar issues in the future.

Since the beginning of the proceeding, one of the principle issues that parties grappled with is how to improve the accuracy, predictability and certainty around the costs associated with upgrades necessary to interconnect projects to the utility grid. While numerous reforms have helped improve the interconnection review process along the way, this decision marks the first time the commission has directly improved the certainty surrounding cost estimates. The decision does this in two ways:

The cost envelope approach was first recommended for consideration by IREC in 2012, built on IREC’s experience with a similar process used by Massachusetts, the only other state to offer cost certainty to interconnection customers.

A second key aspect of today’s decision is the adoption of a process for the review of non-exporting energy storage systems. IREC’s Sky Stanfield, who represents the national not-for-profit in regulatory matters, explains:

The process also helps to streamline the review for energy storage projects, which are also subject to Rules 2, 3, 15 and 16.

IREC highlighted this issue of needing to clarify the process for reviewing the load and generation impacts from energy storage in a 2015 report, Deploying Distributed Energy Storage.

“This decision comes at a time when California is working on far-reaching reforms to the way that the distribution system is planned for and operated,” adds Stanfield. “While the commission closed this proceeding, it is anticipated that the state will once again revisit Rule 21 later this year or early next, as it moves toward full rollout of the Integration Capacity Analyses (ICA) that are under development in the Distributed Resources Planning (DRP) proceeding.”