Group Studies Move Beyond the Classroom and into the Interconnection Process

Group study projects may bring to mind student days, when a small group worked together to distribute the workload. It increased study efficiency, and sped up the research review process. A decision announced last week by the California Public Utilities Commission (CPUC) is born from a similar need – to streamline, distribute the work (and costs) of connecting to the grid, and ultimately to save time. 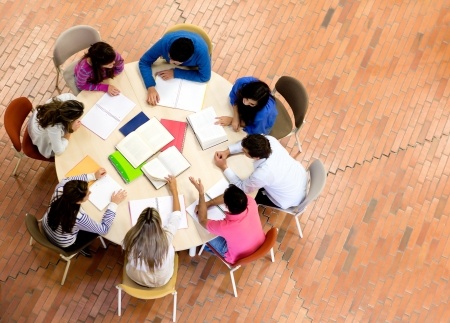 California’s decision on the Rule 21 Group Study process has been a positive outgrowth of the major Rule 21 overhaul finalized in 2013, which, among other things, altered the approval process for the increasing number of small renewable energy generators connecting to the distribution grid. It acknowledged that small generators often had limited or no impact on the electrical system and therefore created a tiered study process that would only require the appropriate amount of study for each project.

The new decision finalizes creation of a new study tier for projects that do not result in impacts on the transmission system but are electrically related to other queued projects on the distribution system. The utilities will study these projects together in “distribution groups.”  This may enable some projects requiring study to avoid the extended transmission cluster study process, while also offering the potential benefits of cost sharing for system upgrades triggered by the group. This will be the first formal distribution group study process in the nation. IREC is cautiously optimistic that it can provide benefits in some locations but also recognizes that there may be lessons to learn in the first few years of implementation.

Here’s a bit more of the backstory.

Traditionally, utilities (and ISOs/RTOs) maintain an interconnection queue that tracks when interconnection applications are filed, and they proceed to study each application one at a time based upon their queue position. They build a “base case” that assumes the existing grid conditions plus any planned projects ahead in the queue, then they study the new project to decide how adding that project will affect the grid, and possibly necessitate upgrades.

Seems reasonable when you are reviewing, at best, a handful of large-scale generators connecting to the transmission system and only a couple of distributed generation projects each year.

Enter the solar boom. Now utilities are suddenly reviewing hundreds, nay thousands, of distributed generation (DG) applications a year, i.e., small scale PV, plus more transmission level projects, making the one-by-one study process impractical, both for the utilities and the generators.  This is exacerbated by the fact that many of these projects are speculative and may never go forward, which makes it difficult to build a “base case” that is reliable.

As a result, a few years ago the CA ISO transitioned to a “cluster study” process for studying projects within their jurisdiction (i.e. transmission level interconnections plus larger scale DG projects selling wholesale).  The CA utilities also adopted this process in their federally jurisdictional tariffs.  In effect, they conduct one big study a year with all new applications included, but the entire process from start to finish takes about 2 1/2 years for each generator.  This is somewhat manageable for large projects with extended timelines and more money on the line.  Not so for small generators.  In addition, not all DG projects will have an effect on the transmission system, therefore they do not all necessarily need to be included in the broader transmission cluster study.

Until now, if a project was the only one on a distribution circuit (or nearby effected circuits) it could be studied independently. But if there was more than one project in the queue in that area, they were forced into the transmission cluster.  The new distribution group study process is an attempt to create “mini” clusters on the distribution system, where there are multiple projects applying in the same area.

In addition to streamlining the process, there is potential for a significant cost-saving benefit to both the cluster and group studies, as they offer the opportunity for projects to share upgrade costs.

Traditionally, the first project to trigger the need for an upgrade on the distribution system paid the whole cost, even if many later generators would also benefit from that upgrade.  This sometimes causes the generator to drop the project, which often simply shifts the cost to the next guy in line.  Under groups and clusters, the costs for upgrades jointly triggered can be shared across all the applicants in that group.  This doesn’t mean that projects will stop dropping out, but it might help mitigate that risk and at least make the cost of upgrades slightly more equitable.

The California decision puts in place the basic framework for a distribution group study process in each of its three IOU territories. The final tariffs will be filed in 60 days.

While IREC supports this valuable approach, and in fact worked hard to incorporate a number of its principles, it is wise to be realistic about the bumps in the road that are likely to occur as the utilities begin to learn how to do these studies.

Most important, this decision will be helpful in moving similar discussions forward in other key states, including Massachusetts, where IREC has been commenting on the development of a similar process, and in North Carolina where parties have expressed some interest in group/cluster studies.