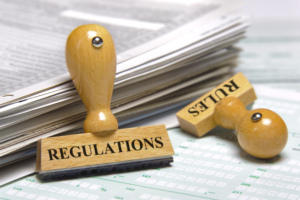 Under the continued leadership of IREC Regulatory Director Sara Baldwin Auck, IREC will be represented in state and federal regulatory matters by current key regulatory team members Sky Stanfield and Erica McConnell, both of whom moved this week from the law firm of Keyes, Fox and Wiedman, LLP, to the environmental, land use and government law firm Shute, Mihaly & Weinberger, LLP. IREC’s regulatory counsel is now added to the growing renewable energy practice at Shute, Mihaly & Weinberger.

“These two key members of IREC’s regulatory team have been integral to IREC’s successes across the U.S., affecting the design and implementation of regulatory policies and best practices that are making it possible for millions more Americans to enjoy the benefits of clean, renewable energy,” said IREC President/CEO Jane Weissman. “Their combined expertise in interconnection, permitting and community shared solar, as well as the integration of new technologies such as solar storage, represent the most important issues we’ll be tackling as we transition to a clean energy future.”

Shute, Mihaly & Weinberger, based in San Francisco since 1980, specializes in government, land use, natural resource and environmental law. Stanfield joined the firm as senior special counsel; McConnell is special counsel.

While associated with Keyes, Fox and Wiedman – which represented IREC for more than seven years, and through which gains were made that continue to shape the nation’s clean energy landscape – Stanfield’s practice focused on the intersection between renewable energy regulation and environmental and land use law, with a particular focus on regulatory policy implementation, compliance and permitting processes.

Stanfield regularly works on the development and refinement of state and federally regulated interconnection standards. On behalf of IREC, she participates in rulemakings before state public utility commissions and the Federal Energy Regulatory Commission surrounding creation of market rate policies for wholesale renewables, net metering, community solar and related topics.

Both attorneys regularly publish and present nationally on renewable energy topics on behalf of IREC. Stanfield is a contributing author of a number of thought leading reports for IREC, most recently on distributed energy storage. Earlier this year, McConnell was lead author and Stanfield contributing author of a landmark report on Easing the Transition to a More Distributed Electricity System.