Last week, I had the privilege of moderating a panel at the White House as part of a day-long National Community Solar Summit, during which the Obama administration announced that the National Community Solar Partnership now has 68 cities, states, businesses and organizations committed to the nationwide effort to promote community solar, with an emphasis on scaling up solar for low- and moderate- income households. IREC is proud to be one of these partners.

While the average cost of a solar electric system has dropped by almost 50 percent in the last five years, it is estimated that nearly half of American households and businesses are renters or lack the capital and adequate roof space to install solar systems.

Enter community solar, in its many forms. Whether through community group purchasing, on-site shared solar in a multi-unit building, or off-site shared solar projects, innovative models are having an impact. More individuals and businesses are able to maximize economies of scale, overcome access barriers, and reap the benefits of renewable energy, including energy bill savings. 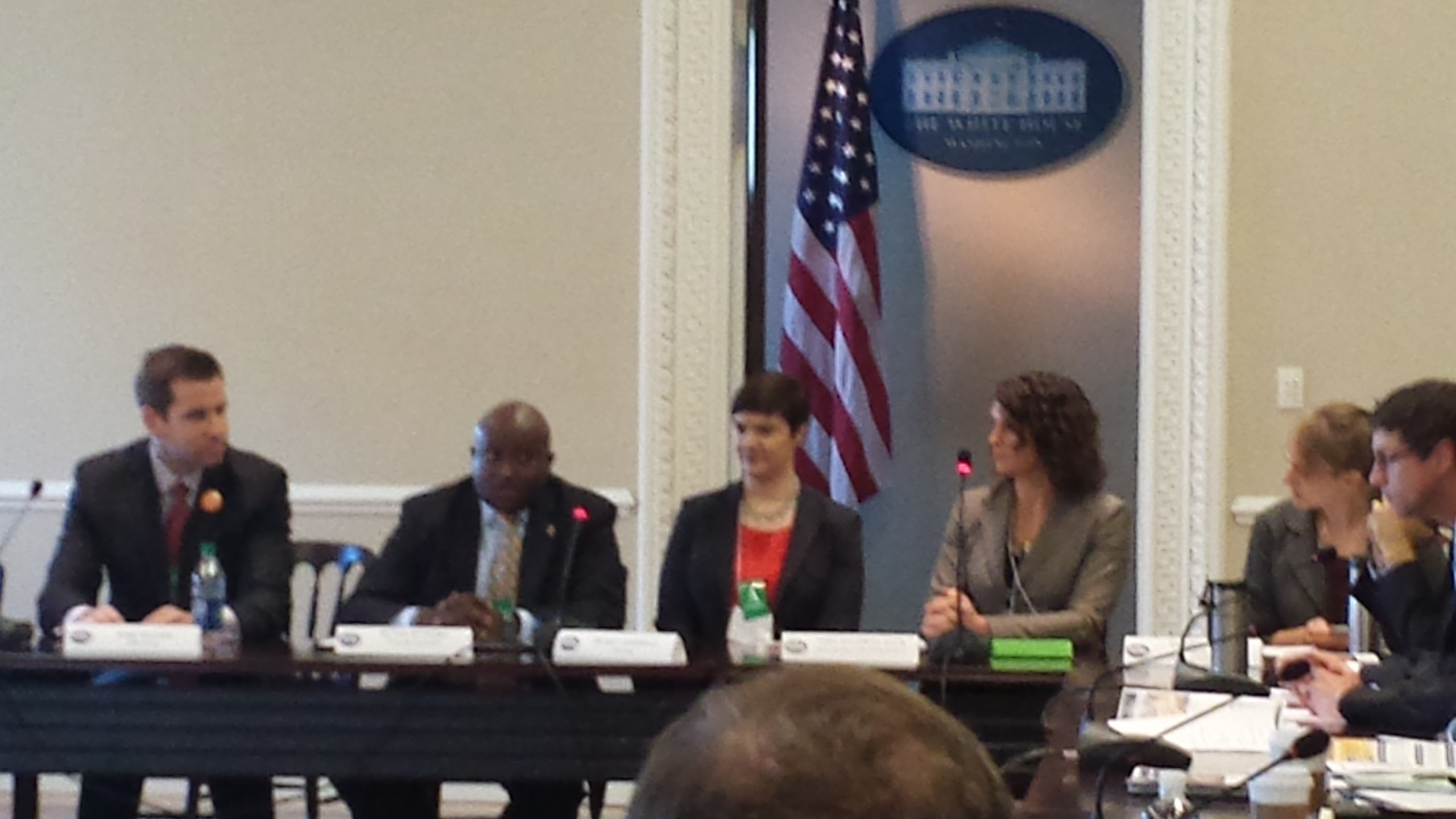 The panel I moderated, featuring representatives from shared solar developer First Solar, BARC Electric Cooperative (VA), Pedernales Electric Cooperative (TX), and Minnesota Department of Commerce, centered on the important role that states and utilities are playing in advancing community shared solar programs and policies. We also touched on the best approach for advancing best practices nationally. Certainly the National Community Solar Partnership will provide a timely forum for sharing information and best practices among the multiple entities now working in this space.

From the panel emerged a critical conversation taking place in states across the country: with demand for community shared solar options on the rise, what are the common program design elements needed to make community shared solar programs attractive to both customers and utilities, while also making them successful and sustainable for decades to come? IREC’s Shared Renewable Model Rules, which has proven to be an invaluable tool to help inform the adoption of best practices to date, remains an important resource and helps provide important context for this discussion. In addition, IREC is eager to see what additional best practices, tools, resources, and lessons learned emerge from the partnership and the collaborative opportunities therein. The DOE, with support from NREL, has already started compiling an extensive resource kit for interested stakeholders here. 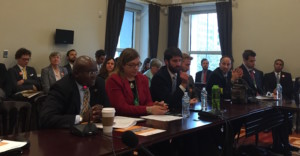 Other summit panels highlighted new approaches to financing community shared solar programs, with a particular focus on low- and moderate-income Americans. Success stories and case studies from across the country highlighted what’s working and what’s needed on this front. IREC is planning to unveil a new tool and resource, Guidelines and Model Provisions for Low- to Moderate-Income Shared Renewable Energy Programs, in early 2016. We hope this timely contribution to this critical topic will help further the solutions to expand access among this population.

During dedicated breakout sessions, participants were able to take a deeper dive on sub-topics, including federal resources, best practices at the state level, community building, and finance and business models. IREC took our place in the best practices session, where the conversation delved into identifying which states and programs exemplify best practices for community shared solar. IREC is engaged in existing regulatory forums in a number of states, most recently in California, Minnesota, Maryland, Oregon, New York and Washington DC. While I did much listening, I was happy to share the insight we’ve gathered on challenges, successes and next steps for other states to follow.

The National Community Solar Partnership is a unique collaboration between the Department of Energy (DOE), the Department of Housing and Urban Development (HUD), the Department of Agriculture (USDA), the Environmental Protection Agency (EPA), representatives from solar companies, NGOs, and state and local community leaders. The members work together to leverage the interest in the public and private sectors to expand access to community solar, with an emphasis on low- and moderate- income households, while utilizing the technical expertise of DOE and its national laboratories

According to a White House statement released during the summit, private sector organizations are building on initial commitments announced in July, bringing the total number of pledges to advance community solar and scale-up solar for low- and moderate- income households to more than 20,000 households and $545 million across 21 states.

For nearly a decade, IREC has been a recognized leader on community shared solar. But it never gets old to know you’re making a difference. I was thrilled to see our existing resources providing a basis for so many of the discussions at this summit. I was inspired by the success stories and the tremendous enthusiasm for community shared solar from so many entities.

During this season of giving thanks, IREC greatly appreciates the opportunity to participate in the National Community Solar Partnership – it serves an important role in convening diverse interests, forging new partnerships, and sharing replicable models. We look forward to working with the US Department of Energy SunShot Initiative, the White House, and other partners to continue to advance national best practices, not only for community shared solar, but for greater, affordable access to all clean, renewable energy.