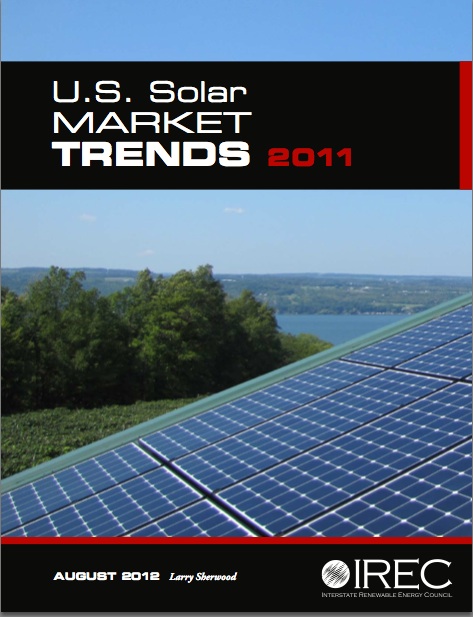 Now in its fifth year in this annual report from IREC, Sherwood compiles and analyzes public data on U.S. solar installations by technology, state and market sector for 2011.   It covers solar technologies that produce electricity, including photovoltaics (PV) and concentrating solar power (CSP).

“More than 1.8 GWDC of photovoltaic installations were completed in 2011 at 64,000 sites,” said Sherwood.  “More utility-scale systems, and an increase in the average system size accounted for this dramatic growth.”Falling photovoltaic prices, strong consumer demand, and financial incentives from the federal government, states and utilities meant that twice as much photovoltaic solar was installed in 2011, as was installed in 2010.”