New renewable energy standards approved by the Garden City Commission in February could generate some interest among property owners looking to save money on electric bills. 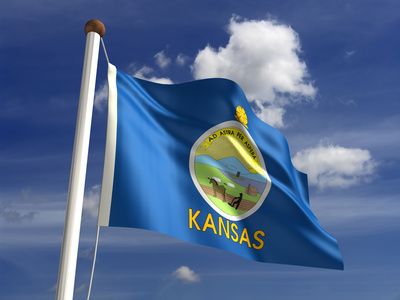 Mike Muirhead, public utilities director, said the renewable energy net metering standards brings the city into compliance with state statutes requiring municipalities to have procedures in place for those who want to interconnect with utility systems.

“If there’s a commercial or residential electric customer in Garden City who wanted to put in some sort of renewable energy resource to offset their electric bill, they could do so,” he said.

Prior to the commission’s action, no standards existed to address installation of renewable energy generation equipment on a customer’s property. State law requires electric providers in the state to develop renewable interconnection standards.

The standards set criteria for how to proceed, provide guidelines on steps required to connect to the city’s electric system, and state how much energy can be generated.

Muirhead said residential customers cannot generate more than 25 kilowatts, which is 25,000 watts of power, and a commercial customer can’t produce more than 200 kW.

“There’s a maximum limit. There’s a 5 percent cap on how many people could come in and make that request,” he said. “It’s 5 percent of Garden City’s total load.”

In other words, those interested in installing their own renewable energy capability will be served on a first-come, first-served basis until the overall total of generation coming from those renewable sources equals 5 percent of Garden City’s total electric system peak.

Customer generators also could get a credit back from the city, depending on how much power they produce.

“If a customer generator generates more energy than they consume in a year, and basically has a credit — say the city owes them a credit for 100 kW hours or 1,000 kW hours — this ordinance will repay them at a rate of 150 percent of our avoided power costs,” Muirhead said.

Currently, there are competing state laws that set the credit at 100 percent or 150 percent, but Muirhead said legislation under consideration this session is seeking to clear up the law and set a uniform rate of 150 percent.

“It also provides a little bit of an incentive for the individuals making the investment to put in renewable energy. If you got less than 100 percent, it would never pay for itself. At 150 percent, it gives you a little incentive to move forward,” Muirhead said.

The customer is responsible for all costs of installing renewable energy equipment, and electrical equipment needed for safe generation connection, disconnection, and flow of energy transmitted onto the city’s electric system. The city will pay costs for metering.

Commissioner Chris Law asked how many customers in Garden City are interested in net metering.

Muirhead said there have been no residential customers come forward so far, but at least one commercial business a couple of months ago expressed a strong interest in it.

“We’ll just have to see,” he said. “Probably the most common will be the use of solar energy. Wind turbines, there are restrictions. You can’t just go put them up anywhere in town. You have height restrictions and noise restrictions. But solar, if placed in the right place on your property, can work out very well.”