Across the country, shared solar programs and facilities are creating pathways for new groups of customers to participate in local solar generation. But just how much does that “local” aspect matter? Should customers get a choice in the location of their shared solar facility?  IREC continues to investigate these and similar questions as part of our efforts to assist stakeholders around the country in developing successful shared solar programs.

To further this effort, IREC has been engaging in discussions with investor-owned, cooperative and municipal utilities, third-party developers and competitive electricity suppliers to get their views on this topic. Collectively, the shared solar programs of these entities comprise thousands of customers and over 30 megawatts of shared solar capacity. 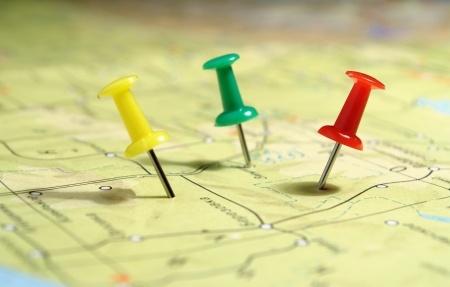 While this effort is ongoing, we thought we would share some initial thoughts on some of our findings. Based on IREC’s interviews to date, it is clear that subscribers have different preferences with respect to location and other attributes of a shared solar facility. Most, if not all, shared solar subscribers care strongly about two factors in a shared solar program: a lower (or hedged) utility bill and reducing their environmental impact with a greener electricity supply.

In addition, most of our contacts noted that location does play a role in the decision-making process for many of their customers, though the importance of proximity to the shared solar facility generally depends upon the individual subscriber and their unique circumstances.

To varying degrees, some participants prefer to have the facility nearby or located in their community. For example, one utility running a shared solar program noted that a distant location actually deterred participation for some of their subscribers. Our contact noted that, while they have subscribers to the current array from all over the service territory, there have been some potential participants who have decided not to invest in the community program specifically because of the location of the open array, which is located at a significant distance (60 miles or more) from the areas containing most of the utility’s load and customers.

Similarly, one competitive supplier pointed out that the location of their project is one of the most important aspects in signing up subscribers for their offering.  Though our contact noted that their customers may define ‘community’ differently, ideally they would like to be able to see the array, for example driving past it on their way to work, as a reminder of their participation. In addition, the supplier believed seeing the array helps to reinforce customers’ loyalty to the supplier and potentially attracts additional customers.

However, other contacts noted that the location was not as critical as the actual value received from the PV system, although customers did appreciate the opportunity to view their panels on a regular basis and even see their names at the site on the customer plaque. One developer even felt that the location of the array did not matter in the slightest to his customer base.

There are a number of reasons that location may be of greater or less importance, depending on a subscriber’s circumstances. For example, some of our contacts noted that their commercial and municipal subscribers sometimes have a vested interest in the location of the array. For example, one investor-owned utility noted that city and county government subscribers were able to partner with the utility and get reduced energy rates by leasing their government-owned Brownfields to the utility for siting purposes. In this respect, location was very important to subscribers because it had a direct impact on the financial aspect of the customer’s participation.

In another example, for a project where a school was among the largest subscribers, a developer noted it was “helpful, though not absolutely necessary” that the project was sited on the school’s roof. The location of the array may have helped the project gain approval at various levels of local government because of its proximity to students and resulting educational impact.

For commercial customers who may have an underlying marketing motivation behind their participation, some contacts mentioned that location was important as it increased the visibility and thus the marketing effect of the project.

The lesson IREC draws from its ongoing research on shared renewables program design is that the location of a shared renewables facility does matter to potential participants—some more than others—depending on their motivations for subscribing. Accordingly, shared solar programs should be sufficiently flexible to accommodate varying consumer preferences to ensure these programs attract as much interest as possible. This view informed the development of the third guiding principle of our Model Rules for Shared Renewable Energy Programs, which emphasizes program flexibility. IREC plans to continue our outreach in an effort to gain further insights into the design of successful shared renewables programs and to share them with interested stakeholders.