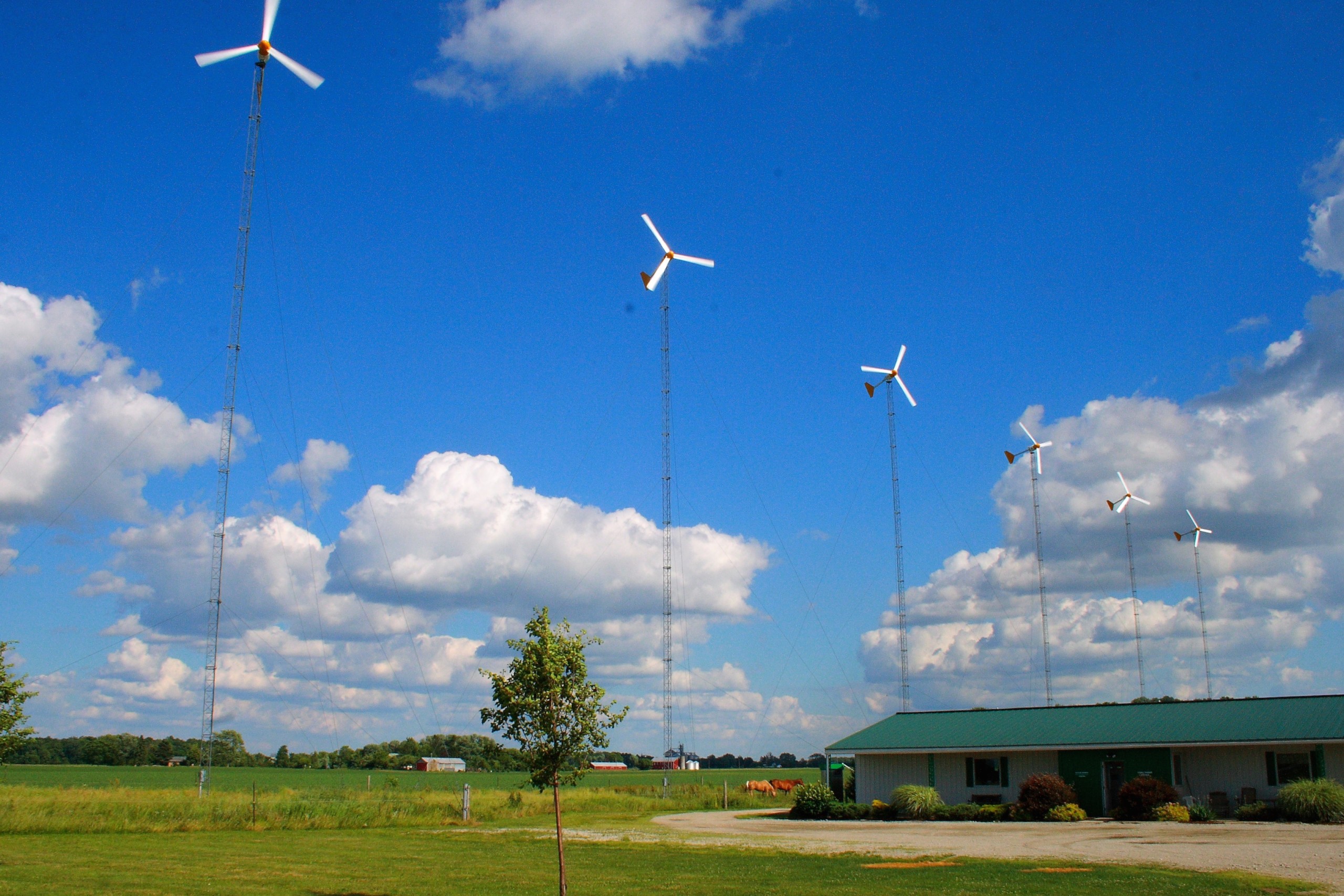 The Green Energy Center, near Brookeville, Ohio, is used to dealing with electricity, but a recent electrical storm was a bit more than they could handle. Two of their six nine-year old Bergey wind turbines were hit by lightning. When they looked into the cost to repair them, they came to a surprising realization: they would save more money by selling the four good ones and replacing them with newer, more efficient turbines, than just repairing the two that were hit.   The installer, Bruce Hatchett of Energy Options, says, “It sounds odd, but it works on paper.”

The reason for the savings was that the new Bergey wind turbines produce approximately 30 percent more energy than the old ones. This is due to new magnets, a new inverter and a slightly larger rotor.   It should be noted that this 30 percent increase is only true for sites that have low wind speeds and not all sites with current Bergey installations can expect this same result. All six turbines have reportedly run flawlessly since they were installed in June 2013.