On-site at Marine Corps Base Camp Pendleton to kick off an extraordinary solar training pilot program exclusively for veterans, IREC’s Joe Sarubbi reports: “The instructors are really excited after listening to the group of trainees describe their backgrounds and intentions. The experience and transferrable skills in the group is excellent – with generators, HVAC, electrical – 17 marines and 3 sailors were chosen to participate, all transitioning to civilian life in three months. They are all very motivated.” 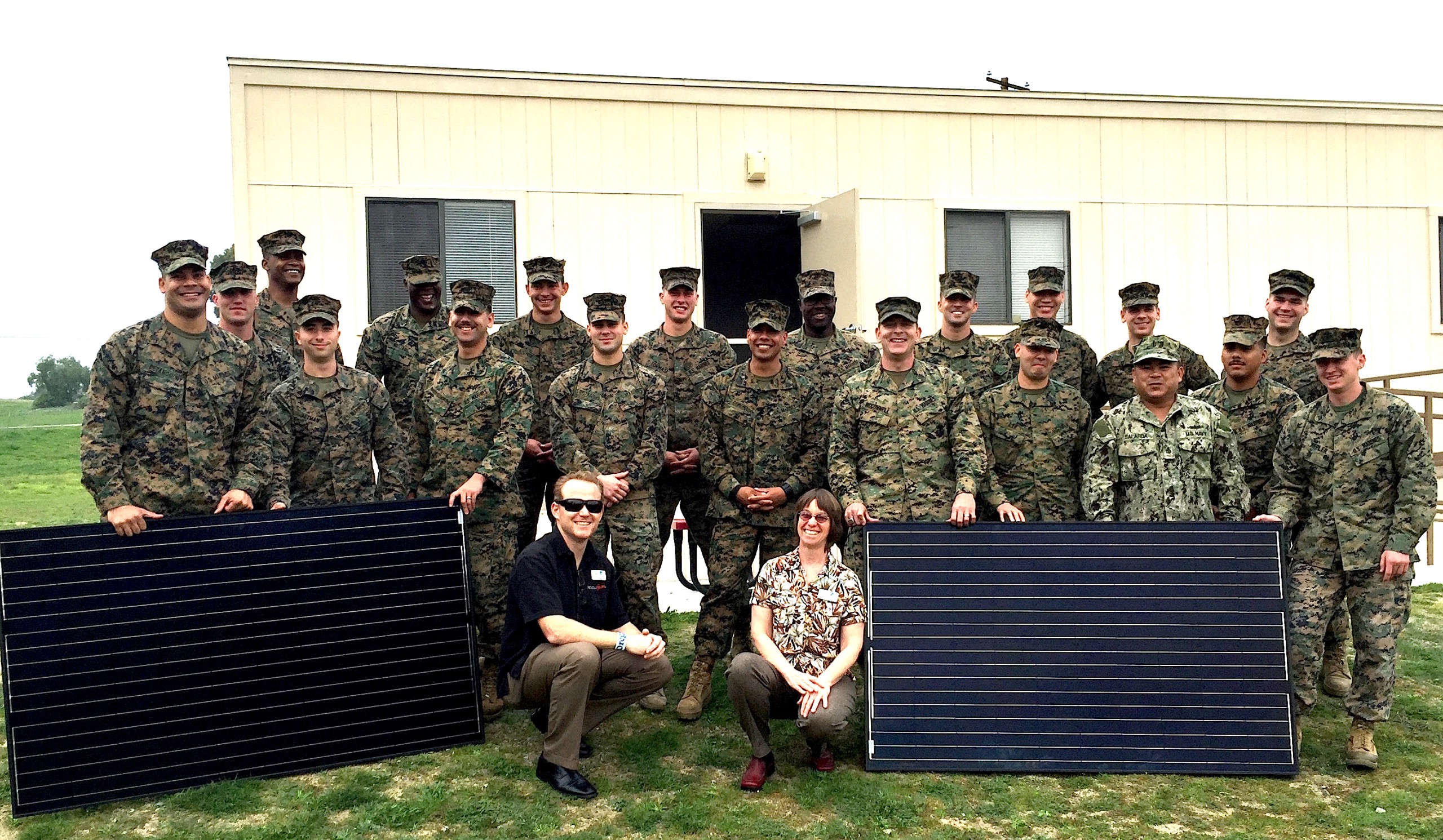 Key to the solar industry’s continued growth is the next generation of skilled professionals to support its technologies. That’s why the U.S. Department of Energy (DOE) just launched this pilot solar installation training program to provide military veterans transitioning out of active duty with the skills needed to become the leaders of the nation’s clean energy economy.

The solar industry has long taken a leading role in hiring veterans, employing more service members than any other sector in the U.S., according to the DOE. Building on this tradition, the DOE SunShot Initiative’s Solar Instructor Training Network (SITN) has partnered with three military bases to create the veterans solar job training pilot project, kicked off last week at Camp Pendleton, where the four-week training continues until February 13.

According to the Whitehouse, the SITN aims to train 50,000 new solar installers in total by 2020, some of whom will be veterans. IREC is the national administrator of the SITN and IREC’s Joe Sarubbi leads its nationwide efforts.

The new training project will connect up to 30 motivated, tech-savvy military personnel at each base with SunShot-supported accredited solar training institutions. Ultimately, lessons learned from this first successful pilot will enable the DOE and military branches to expand solar training access to interested veterans, tapping into the department’s nearly 400 solar training partner institutions across the U.S.

Service members in this pilot program will learn how to size and install solar panels, connect electricity to the grid, and interpret and comply with local building codes. This intensive training will prepare them for careers in the solar industry as installers, sales representatives, system inspectors, and other solar-related occupations.

“My role as a senior advisor is to ensure the veterans have a training opportunity that meets the highest quality standards, leading to valuable knowledge and skill development,” says Sarubbi, SITN project manager since its inception. “The goal is to have about 40 percent of the training be hands-on.”

According to DOE, three  of the largest U.S. solar companies – Vivint Solar, SolarCity, and SunPower – already plan to interview graduating military trainees for employment, a step that will help place qualified trainees in the jobs they will be suited to fill.