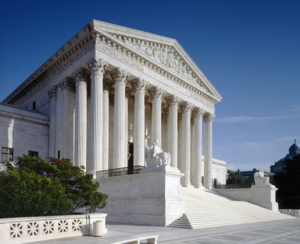 WASHINGTON (AP) — In a win for the Obama administration and environmental groups, the Supreme Court on January 25, 2016 upheld a 5-year-old federal program that pays large electric customers to save energy during times of peak demand.

The justices ruled 6-2 that the Federal Energy Regulatory Commission had the authority to issue regulations aimed at conserving energy and preventing blackouts.

Supporters of the plan say it has saved billions in energy costs, improved reliability of the power grid and reduced air pollution since it was put in place in 2011. A coalition of utility companies, which have lost millions of dollars in profits under the rule, argued it was too generous and trampled state rights over retail electricity sales.

A federal appeals court ruled last year that the plan intrudes on state power because it affects the purchasing decisions of retail customers.

Image: Collection of the Supreme Court of the United States