The Proof of Interconnection Reform is in the…Data

Interconnection reform is the hottest new dish on the regulatory menu. Discussions are currently ongoing in Illinois and North Carolina, following the path-charting decisions in Hawaii, California, Massachusetts and Ohio over the past two years. It’s no surprise either; reforming interconnection procedures that are no longer suitable for today’s rapid solar adoption rates can be a win-win situation for both developers and utilities. Still though, the proof of the pudding is in the eating. We went in search of some concrete evidence that these new reforms are having a positive effect on the interconnection process. But first, a bit more background on the interconnection reforms. 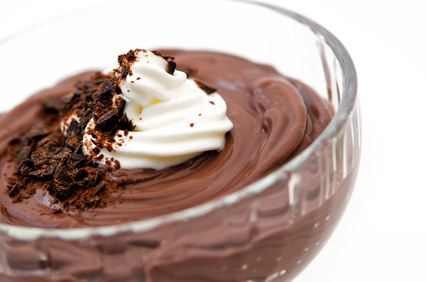 A few key states experiencing high penetrations (MA, CA and HI) have recently tackled reform of their interconnection procedures out of necessity.  These states were starting to see more and more distribution circuits with distributed generation (DG) penetration levels surpassing 15% of peak load.  This 15% penetration limit is one of the most important benchmarks for screening whether a DG project can be fast tracked through the interconnection process.  On the other hand, if a project will cause that circuit to surpass 15% of peak load, utilities typically require some further study to ensure it will not produce excess power that could backfeed to a substation (among other considerations). Too many studies mean a slow and costly interconnection process for all.

The 15% of peak load screen was originally created as a conservative proxy for identifying when a project may cause power to backfeed past the substation (for a full explanation see this NREL report, page 2). Since data collection and utility distribution experience has grown, it is now possible not to rely as heavily on this conservative measurement for determining when a project needs further study. Many studies have shown that the grid can incorporate much higher penetrations of DG, particularly when the source is daytime peaking solar PV. Moreover, with smart grid technologies in place throughout much of the U.S., more accurate minimum load data are now much easier to come by to determine if there is a risk of backfeed.  As utilities gain more experience integrating higher penetrations it is also clear that not all projects that exceed 15% of peak load require full study to determine if they can be interconnected safely.

So, in response to a growing volume of interconnection applications, in 2012 California modified its fast track process to incorporate a supplemental 100% of minimum load screen along with two other technical screens that evaluate a generator’s impact on the grid. In other words, if an interconnection application fails any of the initial Fast Track review screens, including the contested 15% screen, the project can be reviewed under the supplemental review screens (to determine if the aggregate DG on the circuit is under 100% of minimum load and if any other safety, reliability or power quality issues are present) rather than proceeding to a more lengthy and costly full study.  This enables more projects to safely interconnect without full study but provides the utilities with some additional time to evaluate projects on circuits approaching high penetrations.

The Federal Energy Regulatory Commission liked this approach so much that it adopted it for federal-jurisdiction interconnections. Ohio quickly followed. And just last month, Massachusetts followed suit as well, when its Department of Public Utilities issued an order adopting a Technical Standards Review Group recommendation to use 100% of minimum load in the revised supplemental review process.

For states that are just now considering reform, how would they know it’s worth all the effort? Do these reforms really make the process more efficient? Based on California’s experience, the answer is a resounding yes.

We pulled the following information from interconnection queue data for solar projects that California’s two largest utilities, Southern California Edison (SCE) and Pacific Gas & Electric (PG&E), have published since September of 2012 (when the new rules were adopted).  This data only reflect wholesale projects, not net metered projects, which are evaluated separately.

Generally speaking, the more distributed generation that exists in a busy market (like California’s), the harder it is for applications to pass the initial Fast Track screens. However, while many projects failed the initial review screens due to higher penetrations, PG&E was able to bypass the lengthy study process in 44% of cases, by using the new supplemental review process.

This is good news for developers and end-use customers, as shorter application processes (especially those that bypass a study process) require less time and expense.  It is also good news for utilities, as their interconnection departments are not burdened with as many studies and they can focus on the projects truly requiring more in-depth review.  Without the addition of the 100% of minimum load screen in the more robust supplemental review process, it is likely that many of those projects may have been forced to undergo full study, slowing the process down for all projects.

While supplemental review is just one spoonful of the interconnection reform pudding, it’s a positive sign that a little update goes a long way to easing the interconnection burden on everyone, while maintaining safety and power quality.  Now please excuse me while I go find some pudding.

Chelsea Barnes contributed to this article.