The What & Why of Solar Trends

It may not be news that U.S. solar energy markets continued to boom last year.  In fact, solar installations accounted for 31 percent of all electric power installations in 2013 (Fig 1). It is always interesting, however, to look at public data for insight into why and how – wh 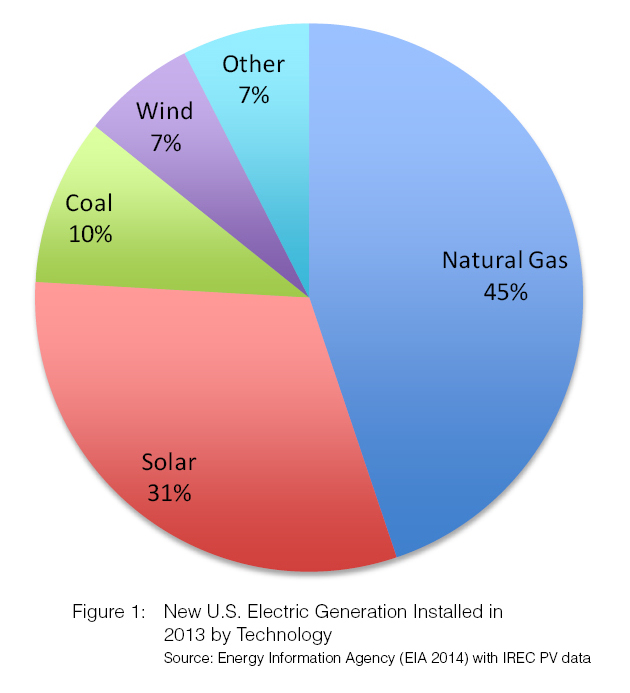 at the trends and challenges are –  the drivers of the growing solar markets.  After collecting and analyzing available data for the seventh year, as author of IREC’s recently published U.S. Solar Market Trends 2013, the answer is quite clearly a combination of factors. PV prices continued to fall. Lower costs naturally increase consumer demand. Available financing and continued financial incentives from states, the federal government and utilities translate consumer interest into solar investment.

Looking at trends is the best way to predict, or at least anticipate, what’s next. So part of the value of the annual Solar Market Trends Report is simply understanding the changing landscape. Equally important though, it’s an exercise that identifies changing needs, and therefore has become a foundation for IREC and many of its multiple partners to tailor our work to make solar more accessible and affordable to more Americans.

Here are some highlights. Download the full report free of charge here. 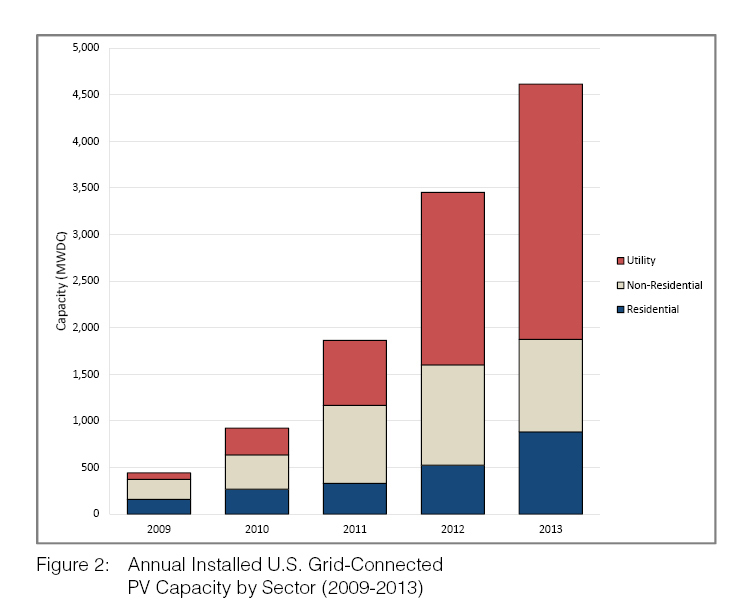 What effect do rebates have on solar markets?

The federal Investment Tax Credit (ITC) of 30 percent of the installed cost is an important foundational incentive for most solar installations.  Though their impact on the total market is declining, rebates are still important state policies, especially for smaller installations.

Five years ago, owners of most PV installations received a cash rebate from a state or utility incentive program, and this rebate was arguably the most important element of the financial package. In that era, no state had a significant amount of installations without a rebate program.  For the past three years, incentive expenditures have been declining, in part because incentive levels have declined and in part because some states have phased out these programs. Despite lower incentive expenditures, the installed capacity of PV facilities continues to increase. When PV is less expensive, less incentive money is necessary to encourage installations.

The markets for solar technology are concentrated in a few states. In 2013, more than three-quarters of grid-connected PV capacity installed was concentrated in California, Arizona and North Carolina.

Trends At a Glance 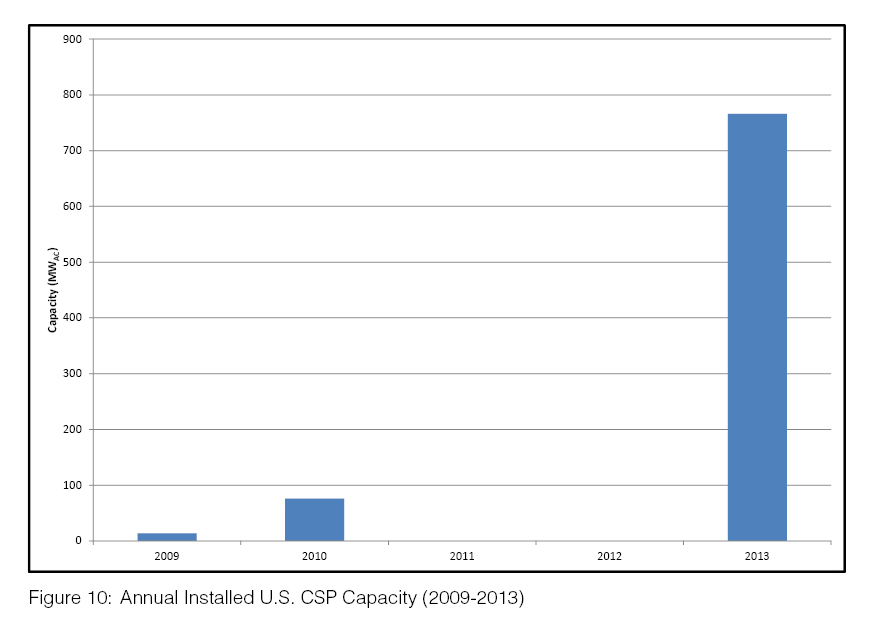 How do these trends position us for the future? The U.S. PV market growth is continuing in 2014, with larger utility sector projects leading the way. Over the near term, the prospect for growth in solar installations is bright in all sectors. The residential sector is growing in a large number of states, and many utility sector projects are under construction or contract and will be completed in 2014 or later. For now, the market continues to be sustained by the federal ITC, state RPSs, and on-going net metering policies. If PV prices continue to fall, consumer demand will offset likely reductions in these supportive policies.