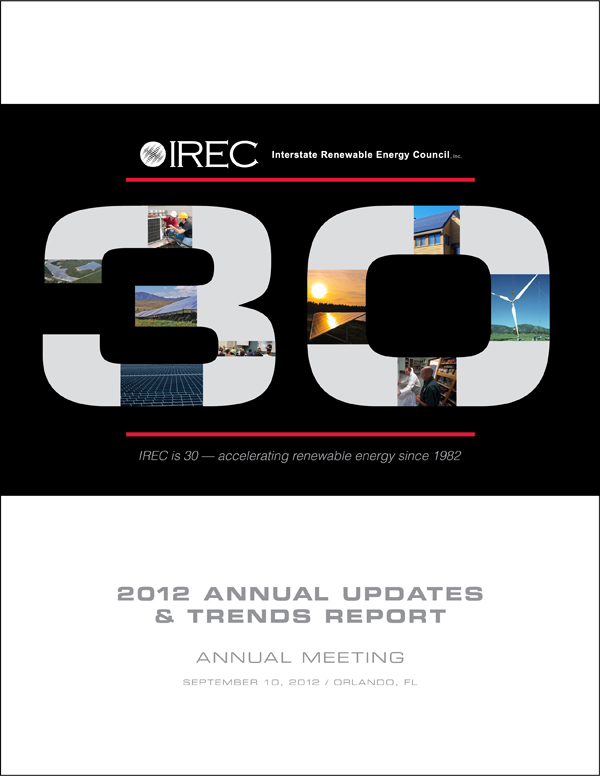 Inc. (IREC) reports on the dynamic renewable energy environment, including growing and changing markets, increased quality demands by consumers, and the year’s regulatory successes which are integral to expanding residential and commercial use of clean energy across the U.S.

“This report offers details on how our work is facilitating a healthy marketplace for clean energy, including strengthening workforce readiness for the clean energy economy,” said Jane Weissman, IREC Executive Director.

The report cites the top 10 most important state policy developments of 2011, and why each made the cut. Rulemaking successes in the states that lead the nation in support of distributed renewable energy are important as replicable examples for other states.

“Solar markets continue to expand and evolve rapidly in many U.S. states, yet they are still inhibited by policy uncertainty and, especially during the past year, market and industry turmoil,” writes Rusty Haynes, in the IREC report. Haynes is director of The DSIRE Project (Database of State Incentives for Renewables and Efficiency).

Other report highlights include: