For local governments, solar energy represents one of the next decade’s biggest opportunities to meet sustainability goals, address climate change, and boost economic development and job growth. While energy policy is national and global in scope, the good news is there are many ways for governments at the city and county level to encourage solar energy growth where they live.

About the SolSmart Program

SolSmart is a national designation and technical assistance program recognizing communities that are taking key steps to foster the growth of mature solar markets. Launched in 2016 by The Solar Foundation (due to merge with IREC this summer) as well as the International City/County Management Association, with funding from the U.S. Department of Energy Solar Energy Technologies Office, SolSmart helps communities make it faster, easier, and more affordable for homes and businesses to go solar.

Using objective criteria based on established best practices, SolSmart awards Bronze, Silver, or Gold designations to communities for their efforts to encourage solar market development and expand local solar knowledge. To date, more than 400 local governments in 41 states, the District of Columbia, and the U.S. Virgin Islands have achieved SolSmart designation, representing over 99 million people.

A SolSmart designation provides independent validation for a local government’s clean energy efforts and shows the community is “open for solar business.” Until recently, however, we did not have quantitative measures to show how these SolSmart designations have translated into new solar market development. Fortunately, we now have an answer to that question.

A SolSmart designation provides independent validation for a local government’s clean energy efforts and shows the community is “open for solar business.”

In 2020, the SolSmart program engaged an independent team to evaluate the impact the designation program has on the communities it serves. Headed by Casey Canfield from Missouri University of Science and Technology, the team of researchers included Florida State University, University of Miami, and University of Texas at Austin.

This team conducted interviews and surveys of communities, both designated and non-designated, as well as solar installers. They scoured the available data for permitting, inspections, and interconnections, and compared communities based on basic demographics such as median income and population.

Their methodology included techniques like “Propensity Score Matching” and “Difference-in-Difference Regression Models”—complicated computational methods that allow for an accurate reflection of how similar communities perform with and without SolSmart. And in the end, they gave a thorough review of the program that confirmed the value the program brings to both local communities and the solar industry as a whole, as well as some opportunities to fine-tune the program.

Anecdotally, we knew that communities were seeing increases in solar activity after designation, and the study absolutely confirmed this. SolSmart-designated communities increased their solar capacity by 69 kW per month on average — a 67% increase. The number of installations increased by 62%, or 3 systems per month on average.  The study estimates that as a result of this added capacity, $10 million in taxpayer funds for SolSmart led to $1-2 billion in additional solar investment. Wow, that’s a lot of additional solar added by SolSmart communities!

Has the work of the SolSmart program had an impact on the cost of solar?  For background, the cost of an installation is broken into two categories: hard costs, meaning the actual costs of the panels and related equipment, and soft costs, meaning everything else. Local governments can’t control the hard costs, but they can have a major impact on solar soft costs, which include permitting, planning and zoning considerations, financing, and various other factors, which collectively account for about two-thirds of the total cost of installing a solar energy system.

Local governments can’t control the hard costs, but they can have a major impact on solar soft costs…

So what did the evaluation find?  SolSmart speeds up the permitting process for solar installations by 7.5 days on average—reducing delays for local governments, solar companies, and consumers. This lowers the risk that installers will lose customers while they wait for a permit, and helps all parties save valuable time and approve more solar projects in a shorter period.

Another question is whether SolSmart impacts other parts of the installation process, including the inspections that are required before a solar project goes online. This was more difficult to answer because there is less reliable data available. Based on the data at hand, however, the evaluation found that SolSmart does not have a measurable impact on the inspection timeline. This is a gap we’re planning to assess as we consider future improvements to the program.

Taken together, continued decreases in the time it takes to install solar energy systems will begin to erode the soft costs associated with solar in the U.S. market.

Taken together, continued decreases in the time it takes to install solar energy systems will begin to erode the soft costs associated with solar in the U.S. market.

The study also looked at which communities participate in SolSmart and why. According to the surveys conducted, communities indicate that the biggest gain from the program was the increase in local knowledge about solar. However, the evaluation showed another area of opportunity is related to the lower participation of communities that identify as “under-resourced.”

Additionally, we have updated the SolSmart designation criteria, making the language concise and the requirements easier to understand. We have published new resources including templates and checklists for communities, and examples from current SolSmart communities on how to meet each criterion. These changes should greatly improve the process for communities where time and resources are stretched.

Leveling Up to SolSmart Gold

The survey also found that communities completing enough credits to earn SolSmart Gold designation tended to show greater impact than communities with the Bronze and Silver designations. This makes sense, because the requirements for achieving Gold are more extensive and robust compared to the lower designations.

To encourage more communities to move to higher levels of designation, the program launched a “Level-Up” campaign in February to encourage our Bronze and Silver-level communities to reach for Gold. So far, eight communities have leveled up and we expect many more!

There has never been a better time to participate in the SolSmart program. Any municipality, county, or regional organization is eligible, and technical assistance from national experts is offered at no cost. At a time when solar energy is being installed in record amounts nationwide, local governments have an unprecedented opportunity to bring solar and its myriad benefits to their communities. The technical assistance offered to bring communities through the designation process is provided at no cost.

Communities interested in participating in SolSmart can contact us at SolSmart.org. To learn more about the opportunity for regional organizations to work as SolSmart Advisors, apply by May 28! 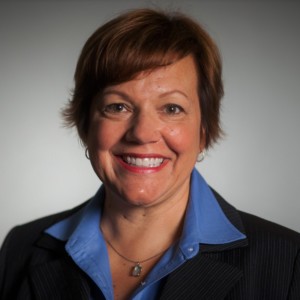 Theresa Perry is the Program Director for the SolSmart program, which helps communities reduce barriers to solar energy growth.