It is at the state level that clean energy success can best be measured today. That’s why we created the 2017 Clean Energy States Honor Roll, to call out some of the year’s best success stories. We recognize Utah, Maryland, Illinois and Minnesota for their achievements in energy storage, net metering, interconnection and a clean energy workforce jobs initiative.

Most Growth Potential:  Minnesota
For overcoming initial challenges to community solar, tackling interconnection reforms, and providing leadership on grid modernization in the Midwest. 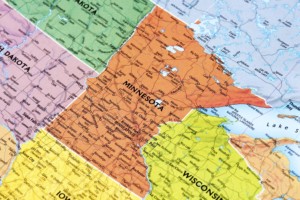 Excitement and anticipation were high from day one when Minnesota’s major investor-owned utility, Xcel Energy, launched its new Community Solar Gardens program in 2014. Unfortunately, initial program design challenges and an interconnection backlog caused the program to stall at the outset, leaving hundreds of megawatts of new solar projects unbuilt for over a year. Among the primary issues facing the program was lack of updated interconnection procedures—the rules that help energy projects connect to the grid. The result was uncertainty, costly delays and frustration down the line, from project developers to expectant consumers. An initial collaborative stakeholder effort helped address more immediate concerns, while also setting the stage for broader interconnection reform in the state.

At the start of 2017, the Minnesota Public Utilities Commission officially initiated a proceeding to revise and update the state interconnection procedures, responding to a motion from IREC and its partners. Though the commission has not yet issued a final order, the stakeholder workgroup process conducted over the past year has helped establish a strong foundation to support substantial interconnection reforms. These were based largely on the Federal Energy Regulatory Commission’s Small Generator Interconnection Procedures (FERC SGIP), revised to incorporate additional improvements from IREC’s Model Interconnection Procedures and other best practices. The commission’s draft rules issued at the end of 2017 opens the door for more comprehensive reforms, and hopefully Minnesota will join several other states with strong interconnection standards (including Illinois, Ohio and Iowa).

Today, some 100 new community solar projects are now on line in Xcel’s service territory, providing about 170 Megawatts of new solar, and the market is only expected to grow. Other Minnesota utilities, like MN Power, are also establishing community solar programs.

Beyond community solar, Minnesota is tackling a number of related efforts to support future growth of distributed clean energy resources – such as rooftop solar, wind and energy storage. Leading the way in the Midwest on grid modernization, Minnesota also plans to tackle bigger issues to improve the financial and technical incentives to integrate more renewable energy. If the state continues at its current pace, it is poised for considerable clean energy growth over the coming years. This means more Minnesota customers will benefit from a more efficient, cost-effective, clean and resilient electric grid. 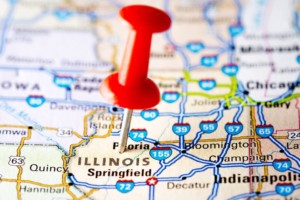 Illinois’ passage of landmark legislation in 2017, the Future Energy Jobs Act, is noteworthy for many reasons, as it will spur a strong clean energy economy in the state for decades to come. Three provisions of the lengthy bill are stand outs: (1) integration of a strong jobs component to ensure the clean energy economy supports a robust, well-trained local workforce; (2) a new “Illinois Solar For All” program which aims to ensure solar policies benefit all citizens of the state, including low-income and environmental justice communities; and (3) a new community solar program, which should expand solar access to residents and businesses that cannot take advantage of on-site solar.

Most exciting, these initiatives will help ensure that clean energy growth in the state will create widespread economic and social justice opportunities, while also tackling critical environmental challenges. The legislation will bring training and employment opportunities to foster care alumni and citizens returning from incarceration through the establishment of a new utility jobs program, specifically to create a pool of trained solar installers across the state. In addition, the state wisely allocated resources to provide critical incentives to ensure that low-income households have equal opportunity to benefit from affordable solar. The community solar provisions of the bill were supported by a broad stakeholder group, which was spearheaded by related solar efforts led by the Cook County government.

Now, implementation of these forward-thinking policies has moved to the Illinois Power Authority and the Illinois Commerce Commission, which are moving expeditiously to solicit further stakeholder input before putting these important programs in place.

Most Surprising: Utah
For rising quietly in the ranks to be sixth in the nation for installed solar capacity in 2016, and for brokering a net metering settlement that protects existing solar customers and preserves the more than 4,400 solar jobs in the state. 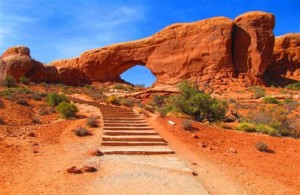 Utah has been hard at work to create and grow its clean energy economy, often quietly and under the radar relative to other western states. With a strong policy and regulatory foundation to thank, driven by stalwart local advocates and a growing solar industry, Utah made its way to the coveted Top 10 Solar States List in 2016 and is currently ranked sixth in the nation for installed solar capacity. In spite of the state’s strong fossil fuel industrial history and a traditionally conservative political leaning, clean energy is booming in Utah – the solar industry alone accounts for over 4,400 jobs in the state.

Yet, like many states, the future of rooftop solar in particular has been in question over the past few years, with an ongoing regulatory proceeding that has created a growing sense of uncertainty both for existing and future solar customers. Utah stakeholders spent much of the year working toward a more comprehensive settlement on net metering policy, which ultimately resulted in some important solar wins and compromises.

The new settlement ensures that existing rooftop solar customers will be grandfathered under the existing net metering policy (which determines the value of the credit allocated for any excess generation they send back to the electric grid, impacting the customer’s value proposition) through 2035. In addition, future solar customers will have the opportunity to take advantage of slightly reduced compensation rates during a three-year transition period (and those rates are guaranteed through 2033).

Beyond the three-year transition period, new solar customers will be subject to a yet-to-be-determined “export credit rate” which will be determined through a new proceeding now underway. Although this case is expected to endure for several years, there is comfort knowing there will be a more robust exploration of the costs and benefits of distributed energy solar to determine the fair and appropriate value of rooftop solar to the grid. The proceeding will also consider the effects of potential system upgrades, such as energy storage, smart inverters and other energy load and generation management technologies. Lauded by the governor of Utah himself, this settlement marks a noteworthy and pleasantly surprising compromise that strikes a balance among the diverse interests at the table. 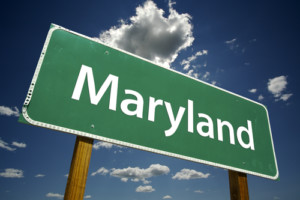 Most Charged for Storage: Maryland
For being the first state in the country to adopt an energy storage incentive and for tackling regulatory reforms on energy storage.

While many states are beginning to tackle energy storage in different ways, in 2017 Maryland opted to energize its nascent storage market with direct incentives, becoming the first state in the country to offer a tax credit for energy storage systems. The state is simultaneously taking a number of steps to ensure that the energy storage market has a smooth glide path for sustainable growth over the long term.

In addition, the state’s Power Plant Research Project is working on a comprehensive energy storage study to determine what regulatory reforms and market incentives are necessary or beneficial to increase the use of stored energy. This study will be delivered to the legislature for consideration, which may result in additional steps for storage in the future.

Congratulations to all and here’s to more successes to come in 2018!