All municipalities, counties, and regional organizations are eligible to pursue designation as SolSmart Gold, Silver, or Bronze.

We are thrilled to announce that the national SolSmart program, led by IREC and the International City/County Management Association (ICMA), has been expanded to help another 500 communities in the next five years! The U.S. Department of Energy today announced a $10 million award for IREC and ICMA to upgrade and expand the program with a focus on underserved communities.

SolSmart offers no-cost technical assistance to help municipalities, counties, and regional organizations across the U.S. expand solar energy use at the local level. To date, more than 450 communities in 42 states, the District of Columbia, the U.S. Virgin Islands, and Puerto Rico have been designated SolSmart Gold, Silver, or Bronze.

If your community is interested in becoming a part of this program, please visit the SolSmart website to find out more.

From the Department of Energy announcement:

The U.S. Department of Energy (DOE) today announced two awardees to manage the expansion of SolSmart — a program that has helped hundreds of communities remove red tape to increase solar deployment and expand access to clean energy. DOE also announced that more than 60 new communities accepted U.S. Secretary of Energy Jennifer M. Granholm’s challenge to join SolSmart, including the first Puerto Rican communities to participate in the program. The expansion of the SolSmart program will help the United States reach President Biden’s goal of having an equitable, clean electricity grid by 2035.

“SolSmart has helped hundreds of local governments make it easier and more affordable to go solar, and I am thrilled to see the program take root in Puerto Rico, where solar power’s climate resilience adds enormous benefit for the grid,” said Secretary Granholm. “The Biden-Harris Administration is committed to supporting local governments transitioning and expanding access to clean energy like solar power, particularly in underserved communities.”

The Interstate Renewable Energy Council (IREC) and the International City/County Management Association (ICMA) will share the $10 million award to update and expand SolSmart over the next five years, with a focus on rural and low- and moderate-income communities. IREC and ICMA will manage the program to encourage more equitable solar deployment and the adoption of emerging technologies, including a combination of solar power and battery storage.

SolSmart has a goal to help another 500 communities over the next five years and will add new areas of focus on solar and storage, low- and moderate-income solar financing, and other strategies to accelerate deployment and benefit underserved communities.

At least 40% of the new designees will be in underserved communities, helping to achieve DOE’s goals of increasing equitable access to clean energy and President Biden’s Justice40 Initiative. 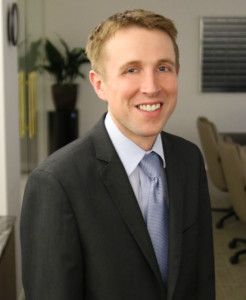