At What Price? How to Improve Interconnection Cost Certainty and Predictability

The fifth in a series of IREC articles on interconnection originally published on 6/12/17 in GreenTechMedia by Erica McConnell, Cathy Malina 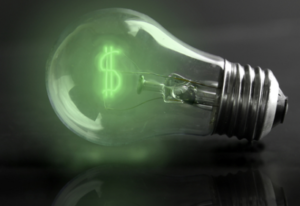 All of us value cost certainty and predictability when it comes to big expenses in our personal and professional lives. We want to know how much something is going to cost overall and upfront, and we want to be able to predict how those costs will be allocated over time. When costs unexpectedly run over budget midway through the process, we start to fret.

For the average interconnection customer seeking to connect their distributed energy project to the grid, however, such uncertainty and unpredictability may be a common occurrence.

Under current laws, interconnection applicants are usually responsible for the costs of connecting their projects to the grid, including any study costs and upgrades needed to accommodate their projects. It’s the “cost-causer pays” principle. Although interconnection rules usually specify application fee amounts — which generally are meant to cover processing and other administrative costs, and are typically scaled to project size — an applicant often doesn’t get much other information upfront about what the ultimate, total cost to interconnect might be.

As a result, applicants have no formal assurance that the initial estimates will hold, and they can’t confirm what their projects’ final costs will be. This uncertainty is especially challenging for applicants seeking financing. Financiers typically want to know how much a project will cost upfront, and they become much less interested if there’s a potential for those costs to balloon in unpredictable ways.

So how can we make interconnection costs more certain and predictable, and help applicants get access to accurate estimates as early in the process as possible?

Read the article in its entirety