How New York is Incentivizing Utilities to Interconnect DERs Under REV 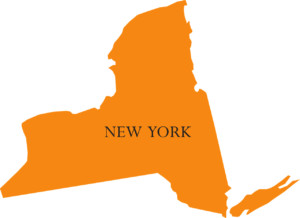 An order released last month from New York regulators aims at perfecting a mechanism to reward the state’s utilities for the accelerated interconnection of distributed energy resources. If regulators and stakeholders can come to a consensus, it could mark a big step forward in evolving how utilities make money in the Empire State.

The directive from the New York Public Service Commission (PSC) came as a part of the state’s Reforming the Energy Vision initiative, which aims to remake the utility business model.

Streamlined interconnection of DERs is one area regulators identified early in the process as an opportunity for utilities to make extra revenue based on their performance. The March order aims to make that new ratemaking a reality, weighing input from utilities and DER providers on how to measure utility performance.

In their order, the regulators rejected elements of proposals from utilities and solar advocates. Instead, they directed the parties to resubmit better ideas about Earning Adjustment Mechanism (EAM) metrics to reward utilities for getting distributed resources online faster (Case 16-M-0429).

Interconnection performance is the first EAM topic to be tackled by New York stakeholders, but regulators said in earlier orders that other performance incentives will involve data sharing, customer engagement, efficiency offerings and more.

“EAMs are a recognition that utilities’ incentives do not align with customers’ needs or with the state’s policy objective of moving to a renewables- and distributed energy-based future,” Sky Stanfield, attorney at the Interstate Renewable Energy Council told Utility Dive.

“With them, a utility will be able to add earnings from distributed resources to its traditional earnings from building infrastructure,” Stanfield said. “This new business model will allow it to take on a new role as a distribution system operator.”