IREC’s leadership before the California Public Utilities Commission has again resulted in a landmark ruling requiring utilities to make publicly available utility distribution system information critical to ensuring a low-cost and clean distributed energy future for the Golden State. This week’s ruling marks an important milestone for grid transparency and fair grid access, not just in California but for all states.

IREC has been at this effort for months, negotiating with utilities, distributed energy resource (DER) developers and other stakeholders to strike the right balance between addressing concerns over the security of the grid, while also preserving critical transparency tools needed to optimize DERs on the Grid. details the initial phase of this effort.

Here is the latest. 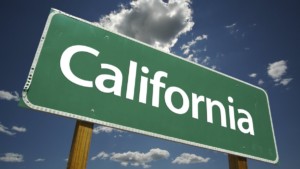 Despite having received two rulings from the Administrative Law Judge (ALJ) that found that the California utilities had not met their burden of proof to make confidential certain grid information on the basis of security concerns, the utilities then declared that all information about the locations of their distribution system should be designated as confidential.

The utilities argued that access to this information should only be made available to parties under an onerous non-disclosure agreement (NDA). The terms of the NDA were both unrealistic and unworkable and would have substantially impaired customers, DER developers and the Commission itself from being able to utilize the data in the utilities’ Distribution Resources Plan. This data is key to facilitating the optimal siting of DERs on the grid, ensuring DERs can help defer or avoid more costly traditional grid infrastructure and support a cleaner grid.

IREC worked with other stakeholders to spearhead opposition to the utilities’ attempts to designate as confidential this critical grid data, and thus endanger fair and transparent access to this information. The ALJ ultimately agreed with IREC’s arguments that the utilities had made a vastly insufficient demonstration that the information about their distribution system locations warranted confidential treatment. Maps of the California utilities’ distribution system have been publicly available since 2010, and in the era of Google or simple observation, much of the information is already publicly available.

While IREC takes the security of the grid very seriously, there was simply not enough evidence to show that shielding these maps from public view was going to do anything other than impair California’s ability to optimize deployment of DER in support of its grid modernization and clean energy goals.

The ALJ’s ruling strikes the right balance, requiring those who wish to access the data to first register for access to a data portal. The portal will include the distribution system maps, as well as other related analyses (including the Integrated Capacity Analysis, Locational Net Benefits Analysis, and the Grid Needs Assessment and Distribution Deferral Opportunities Report data) to inform where DERs should be located on the grid. The data portal is required to be up and running by December 28, 2018.

While IREC applauds the ALJ for its foresight, there is more yet to come. The utilities have petitioned the Commission to modify an earlier 2010 ruling to remove similar maps (and they may appeal this most recent ruling as well). IREC hopes that the utilities will, instead, use this ruling as an opportunity to work with stakeholders and the Commission to develop a more specific and justifiable definition of what constitutes critical energy infrastructure to better inform this issue going forward.

In the meantime, IREC will remain vigilant to sustain and expand grid transparency to support the widespread deployment of clean resources for a more  resilient, distributed and customer-friendly grid for the state of California and the country.