What can other states learn?

Across the U.S., the process through which distributed energy resources (DERs) connect to the electric grid is a critical policy building block key to unlocking each state’s full clean energy market potential. IREC leads and supports efforts in nearly a dozen states to ensure the rules of the grid are fair and transparent and support the rapid adoption of clean energy for all consumers.

In Montana, a recent order issued by the Montana Public Service Commission sets forth some important interconnection improvements for the state’s largest investor-owned utility, NorthWestern Energy, addressing a number of issues that will impact the cost and efficiency of getting more clean energy connected to the grid. (See post-blog update below.)

IREC has actively worked for over a year on interconnection reform in the state, alongside our partners, the Montana Renewable Energy Association (MREA). Though more progress is needed and some issues will be given further consideration in continued rulemaking efforts, IREC is heartened by the commission’s steps forward on key issues. 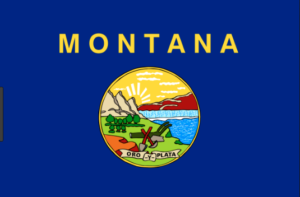 Specifically, the commission took an important first step to enable the future growth of energy storage by explicitly requiring NorthWestern to allow interconnection of energy storage as part of net metered (NEM) distributed generation projects (i.e., solar). The commission prudently rejected NorthWestern’s argument that energy storage couldn’t be part of a NEM system, instead agreeing with IREC that storage can be used to store the renewable power a system generates to help the customer offset her electricity needs.

Unfortunately, NorthWestern just (June 17, 2019) filed a motion for reconsideration on this key win for Montana customers, arguing that the commission’s decision is unlawful, based on its strict interpretation of Montana statute. The commission has 20 days to act on the motion, and if they don’t act, the motion is considered denied.

[bctt tweet=”The Montana PSC addresses important interconnection improvements for the state’s largest IOU, NorthWestern Energy, on a number of issues that will impact the cost and efficiency of getting more clean energy connected to the grid.” username=”IRECUSA”]

Hopefully, the commission will maintain its position and retain this key provision to send the message that Montana is open for business for energy storage. The result would open the door to more behind-the-meter energy storage and solar or wind + storage systems, which will support customer investments in cleaner and more resilient energy technologies.

The commission’s order also approved NorthWestern’s recommended improvements to its timeline obligations under the interconnection procedures, which were developed based on recommendations from IREC and MREA. Previously, these timelines were left open-ended for the utility, which created uncertainty and the potential for cost impacts for customers.

Beyond these two key wins –  regarding energy storage and timelines – there is still much work to be done on a number of issues, which the commission will hopefully address in future rulemakings and/or reporting efforts.

NorthWestern’s proposed definition of premises provides that “multiple buildings or structures will constitute a single premises if they are on the same tract of land, or contiguous tracts of land, and used by the same customer, unless they are separately metered and billed under different classifications of service.”

The problem with this definition is two-fold.

First, the definition comes from a separate, inapplicable area of law, which the commission recognized. But second, and more importantly, the definition would have the effect of severely restricting the availability of NEM systems on multi-unit properties, and on farms, ranches and other properties that have multiple buildings on different meters. Though the commission has required rulemaking to come up with an appropriate definition, for now, Northwestern’s definition stands until further resolution.

While IREC supports a rulemaking process to create a workable definition of “premises,” allowing NorthWestern’s definition to stand will likely lead to severe impacts on small solar in Montana, especially NEM projects for customers with agricultural operations or that live in multifamily housing. Hopefully, the commission will take this into account as it reviews the definition in the NEM context.

The commission also declined to eliminate NorthWestern’s outdated requirement for a redundant utility external disconnect switch (UEDS) on small distributed generation systems connecting to the grid. Although its order acknowledges the need for this redundant switch is “less evident” for small systems, it opted to retain the requirement.

[bctt tweet=”Beyond these two key wins –  regarding energy storage and timelines – there is still much work to be done on a number of issues, which the commission will hopefully address in future rulemakings and/or reporting efforts.” username=”IRECUSA”]

At IREC’s urging, the commission does require NorthWestern to report on whether and how UEDS are used. While we presented ample evidence that the requirement for the smallest systems could be eliminated now, we are hopeful that this additional future reporting will help inform the commission as to whether this additional cost to customers is truly warranted and actually serving a useful purpose. The commission’s actions on the information derived from NorthWestern reports will be key to this determination going forward.

It is clear that further improvements to the interconnection process in Montana are necessary to ensure the state is poised to transition to more clean energy – attracting new jobs and increased economic development – while also supporting greater energy independence, customer choice and community resilience. IREC and MREA look forward to continuing to collaborate on next steps to make more strides on these remaining issues.

Since this post was published, the Montana Public Service Commission heard and voted to deny NorthWestern Energy’s motion for reconsideration of the commission’s June decision to allow storage to be used in a net metered (NEM) system. The commission’s order made clear that it has the authority to interpret Montana’s NEM statute to allow a broad range of technologies.

IREC is pleased that the Montana commission took action to ensure customers can use energy storage to support their individual energy goals and to send the message that Montana is open for business for energy storage.