Navigating Grid Modernization and Unlocking the Grid of the Future

The U.S. electricity grid today operates in a dramatically different context than when it was originally built. Considerable upgrades are needed to meet the changing demands of the modern era, such as the significant expansion of renewable energy, energy storage, electric vehicles, customer-sited distributed energy resources, and other advanced technologies. All of these changes are happening today and are key to mitigating climate change and achieving clean energy policy goals.

Grid modernization efforts underway in states across the country aim to better align the capabilities of the electricity grid with these objectives. Numerous utilities are proposing plans to invest billions of ratepayer dollars in new equipment, infrastructure, and technologies over the coming years. However, not all grid modernization proposals and investments are created equal. Some may not reflect stated public policy goals, such as decarbonization and/or beneficial electrification, and some may even impede these efforts.

Getting serious about reducing carbon emissions, increasing resilience, and enabling a 100% clean energy future requires a more strategic evaluation of proposed grid modernization investments to ensure they are aligned with those goals.

That is no small task. Grid modernization proposals are often dense, technical filings, filled with acronyms and technical jargon. Navigating which investments support broader policy goals and clean energy objectives can be a daunting task for regulators and regulatory stakeholders. To make decoding grid modernization proposals and related documents easier, IREC and GridLab recently released A Playbook for Modernizing the Distribution Grid (aka the “GridMod Playbook”). 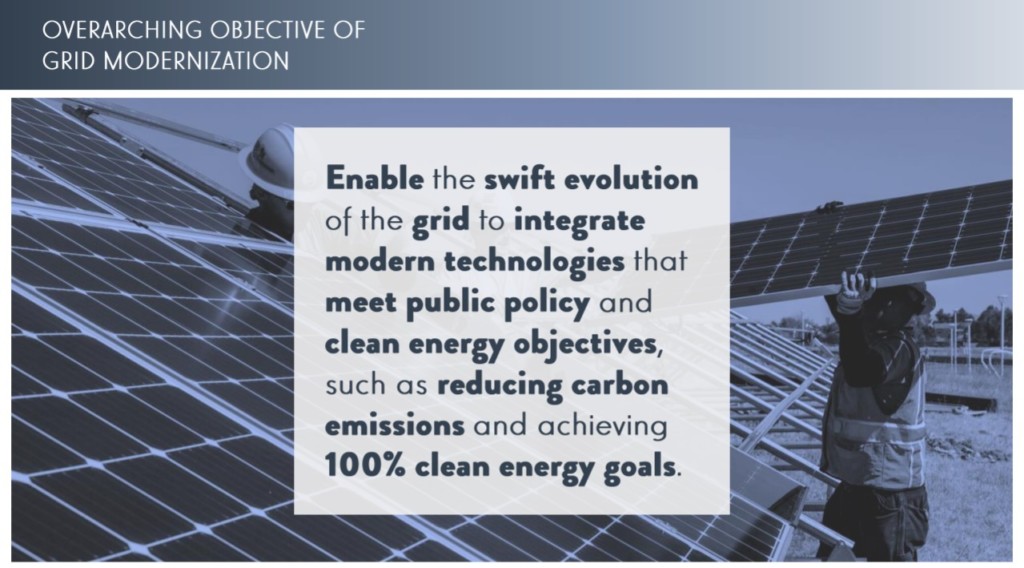 With millions of customers installing DERs, and over 150 states, local governments and prominent businesses adopting ambitious renewable and clean energy goals, grid modernization should support and enhance these concurrent efforts.

Published this month, the first volume of the GridMod Playbook, Grid Modernization Goals, Principles and Plan Evaluation Checklist, offers an initial framework for assessing the merits of different proposals and initiatives. It articulates a set of goals and principles of grid modernization as a lens through which to assess what’s been proposed.

As stated in the Playbook, grid modernization should enable the swift evolution of the grid to integrate modern technologies that meet public policy and clean energy objectives, such as reducing carbon emissions and achieving 100% clean energy goals.

It is also critical that grid modernization avoids costly and unnecessary investments in legacy grid infrastructure that may crowd out or impede the adoption of proven, cost-effective clean energy technologies.

In particular, grid modernization plans and investments should cost-effectively enable, not hinder: 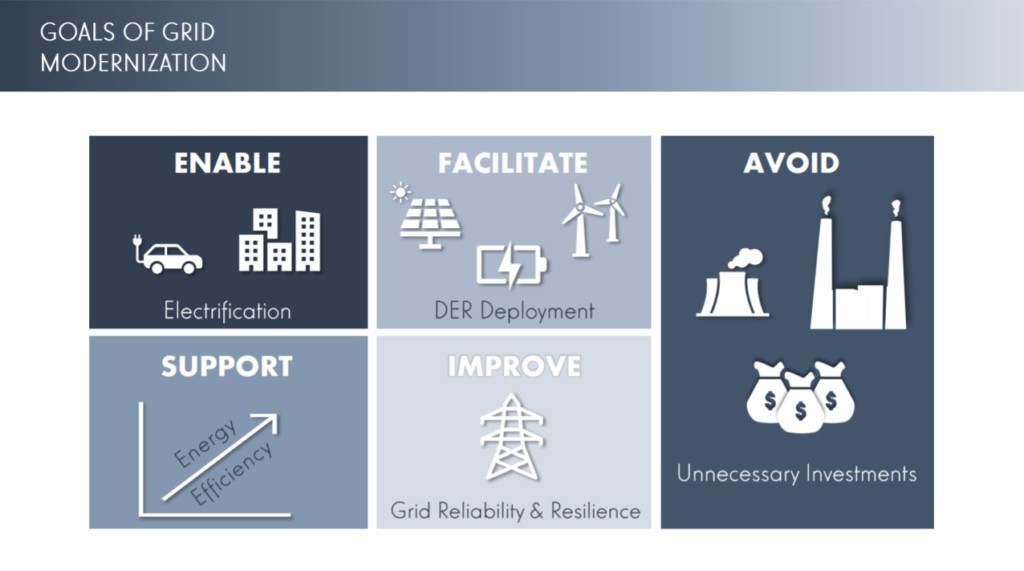 To achieve these goals, there are a number of principles that should be present in some form in any grid modernization proposal. These principles can be used as an initial filter and framework to assess the merits of proposed efforts. 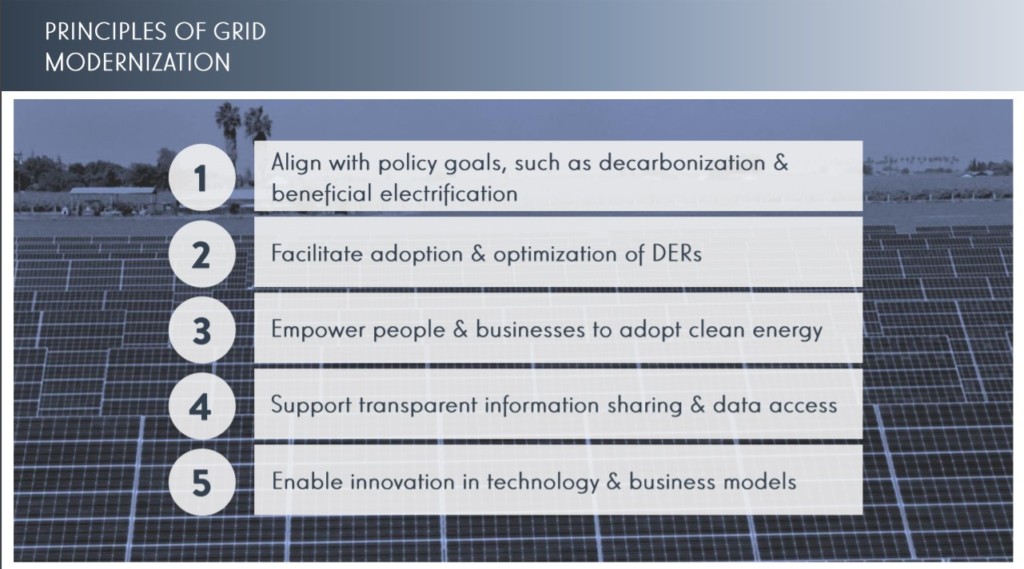 The Playbook also includes a detailed evaluation checklist, which provides regulators and regulatory stakeholders with a set of specific questions to ask regarding specific categories of investments you may encounter, such as advanced metering infrastructure, grid automation and sensing, software tools, or telecommunications investments. Finally, a glossary provides a quick and easy reference for the many terms and acronyms that come up in grid modernization proposals. 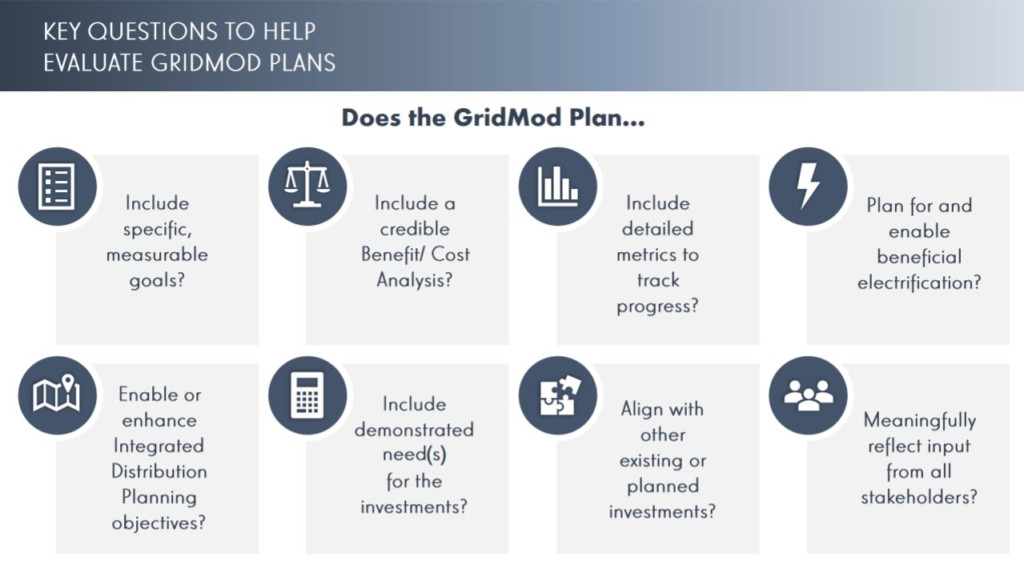 Transportation electrification is essential to helping states and the federal government achieve their energy and climate targets. Electric vehicles (EVs) can provide myriad benefits, from reduced air pollution and greenhouse gas emissions to vehicle-to-grid (V2G) services—in which electric vehicles can both charge from and send energy back to the grid, providing grid benefits.  Before V2G...
Read More
Press ReleaseRegulatory Engagement

Get to Know IREC’s Regulatory Team

In the final installment of our team features series, which highlights IREC’s staff and programs following the official merger with The Solar Foundation, we are excited to introduce the Regulatory Engagement program!
Read More
We use cookies on our website to give you the most relevant experience by remembering your preferences and repeat visits. By clicking “Accept”, you consent to the use of ALL the cookies.
Cookie settingsACCEPT
Manage consent