More states and utilities are beginning to adopt new tools and approaches to reform how the electric distribution system is planned and operated. The nuances of these grid modernization efforts may go unnoticed by the average consumer or clean energy developer, but the details are critically important to ensuring that the result is meaningful reforms that enable more customer-sited clean energy resources, beneficial for the grid and all ratepayers.

Nevada is one of a handful of states to adopt legislation directing its public service commission and regulated investor-owned utility to initiate a comprehensive distribution resource planning  (DRP) reform effort. Over the past two years, IREC has engaged in the regulatory proceeding to implement SB 146, working alongside NV Energy (NVE), Western Resource Advocates (WRA), Vote Solar, the Bureau of Consumer Protection and other clean energy industry stakeholders to establish a framework for NVE’s DRP. 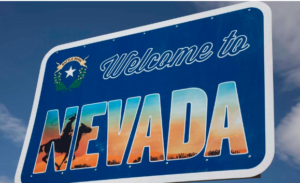 The HCA is an analytical tool that provides insight into the conditions of the distribution grid and conveys its ability to “host” additional DERs at specific locations on the grid. Offered in a publicly accessible online format, NVE’s HCA will provide developers, customers, the utility and regulators with more information to help inform and shape the planning process, as well as streamline interconnection of more DERs.

As a result of the negotiations preceding the commission’s approval of the DRP, NVE committed to make additional improvements to its HCA and the web portal, adding more user-friendly features. Included are pop-up boxes showing existing and queued generation at the feeder and substation level, load profiles for feeders that have sufficient load data, and a downloadable user guide. NVE committed to making the first set of downloadable HCA data available by the end of 2019, including downloadable data aggregated from across NVE’s entire system. The utility also committed to continue working on updating the online HCA data on a more frequent basis (more than its current monthly schedule).

[bctt tweet=”Over the past two years, IREC has engaged in the SB 146 regulatory proceeding, working alongside NV Energy, Western Resource Advocates, Vote Solar, Bureau of Consumer Protection and other stakeholders to establish a framework for NVE’s DRP.” username=”IRECUSA”]

In addition to the HCA, NVE’s DRP includes an analysis comparing the net benefits of using energy storage alternatives to defer specific transmission and distribution upgrades to its system. This important component of the DRP is intended to help support more strategic and cost-effective grid investment decisions and deployment of DERs to meet known grid needs.  However, ongoing improvements will likely be necessary to support the widespread deployment of cost-effective DERs on the grid.

Beyond the near-term improvements to the DRP, on the horizon are efforts to incorporate the HCA into the next update of NVE’s interconnection rules in the next few years, focusing on facilitating more energy storage and additional efforts to streamline the process to connect to the grid.

IREC commends Nevada’s continued progress on this effort and ongoing commitments by all parties to get the rules right to expand clean energy opportunities across the state.