PV Solar Safety for Firefighters
What Did You Learn?

You are dispatched to a scene for report of an unknown odor of smoke. You arrive and find an energy storage system with a lithium ion battery burning.

1. What is your agent of choice for extinguishment?

Lithium-ion batteries get intensely hot. Per NFPA and the National Highway Traffic Safety Administration “if the fire involves a lithium-ion battery, it will require large, sustained volumes of water for extinguishment.”

2. All visible fire has been extinguished. What is your next step to leave the scene safe?

In a thermal runaway event, the heat from a failing cell can move to another cell, causing damage before moving to the next cell. This can happen in a few seconds or a few hours. A thermal imaging camera can reveal a slow moving thermal runaway event that would not be discernible otherwise.

It’s 11:00 a.m., and you are dispatched to a partial roof fire at a residence. After you arrive at the scene, you do a 360 walk around and find on the exterior of the home:  an electrical meter and a PV DC disconnect. In the garage you find the main electrical panel and a PV inverter.

3. IC instructs you to secure utilities, including the PV system. Given the information provided, of the choices below, what is the most effective and quickest way to proceed?

It is a good rule of thumb to shut off any visible disconnects that can be safely accessed. Doing so decreases the length of the segment of conductor that would otherwise remain energized. This is true for both the AC and DC side of the circuit.

4. The fire is out, and the PV system and utilities have been successfully secured. You are assigned overhaul. Which of the following conditions is most likely?

Since this is a string/central inverter system, if there is no rapid disconnecting means installed, there is the potential the conductors from the array could still be energized during daylight hours.

5. The fire is out. The PV system is damaged. How do you leave the scene as safe as possible?

This is a best practice for any structure fire where a PV system is damaged.

You arrive at the scene of a 2nd floor fire. Walking in and around the house, you see the electrical meter and a disconnect marked with red “AC disconnect”, but you have not found an inverter.

6. Based on your initial 360 walk around, which statement(s) could be true?

If you have not yet seen a string or central inverter system, it could either mean there is not one (and there is a microinverter or DC optimizer system) or you just haven’t found the string inverter yet!

7. The Homeowner confirms this is a microinverter system. What happens when you secure all utilities?

1. No effect. The array will always be energized in the daytime
2. Conductors are energized from the array down to the main panel
3. The array is de-energized to the module level

This is one of the attributes that makes a microinverter somewhat safer to operate around.

You are dispatched to a reported rooftop fire on a large supermarket. On arrival you witness a black smoke column visible on the A-side coming from the roof area. The 360 is unremarkable and interior crews report negative fire and smoke conditions. Your crew is advised to stretch a line to the roof for extinguishment. You find an active fire involving some of the solar modules on the roof.

8. Using a smooth bore nozzle, what is the closest distance you can attack the fire from?

Per the UL study reviewed. You can find the study on the course resource page: www.irecusa.org/stepff

9. If you had a combination nozzle, what is the closest distance you can attack the fire from?

Per the UL study reviewed. You can find the study on the course resource page: www.irecusa.org/stepff

10. The fire is quickly extinguished and contained to the array of origin. There is no interior extension and limited damage to the building is found. Allowing power to remain on in the building would keep the refrigerators running. How could this be accomplished?

Doing so will disconnect only the PV system without shutting off the main power. 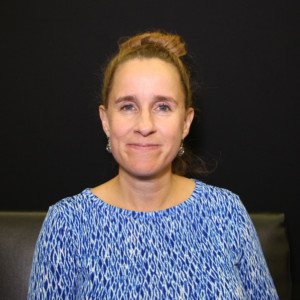 Laure-Jeanne serves as Director of Credentialing Program, assisting with management and expansion to serve the weatherization and home energy retrofit communities.

IREC Awarded $2 Million to Strengthen and Diversify the Weatherization Workforce

Albany, NY (September 1, 2022) – The U.S. Department of Energy has awarded a $2 million grant to the Interstate Renewable Energy Council (IREC) to lead a data-driven campaign to strengthen and diversify the Weatherization Assistance Program (WAP) workforce. Over the next three years, IREC will develop, pilot, and deploy an outreach campaign in partnership...
Read More
We use cookies on our website to give you the most relevant experience by remembering your preferences and repeat visits. By clicking “Accept”, you consent to the use of ALL the cookies.
Cookie settingsACCEPT
Manage consent