100 Percent Clean Energy Goals: What will it take to get there?

Setting 100% clean energy or renewable goals is a significant step, but what really has to happen to get from here to there? 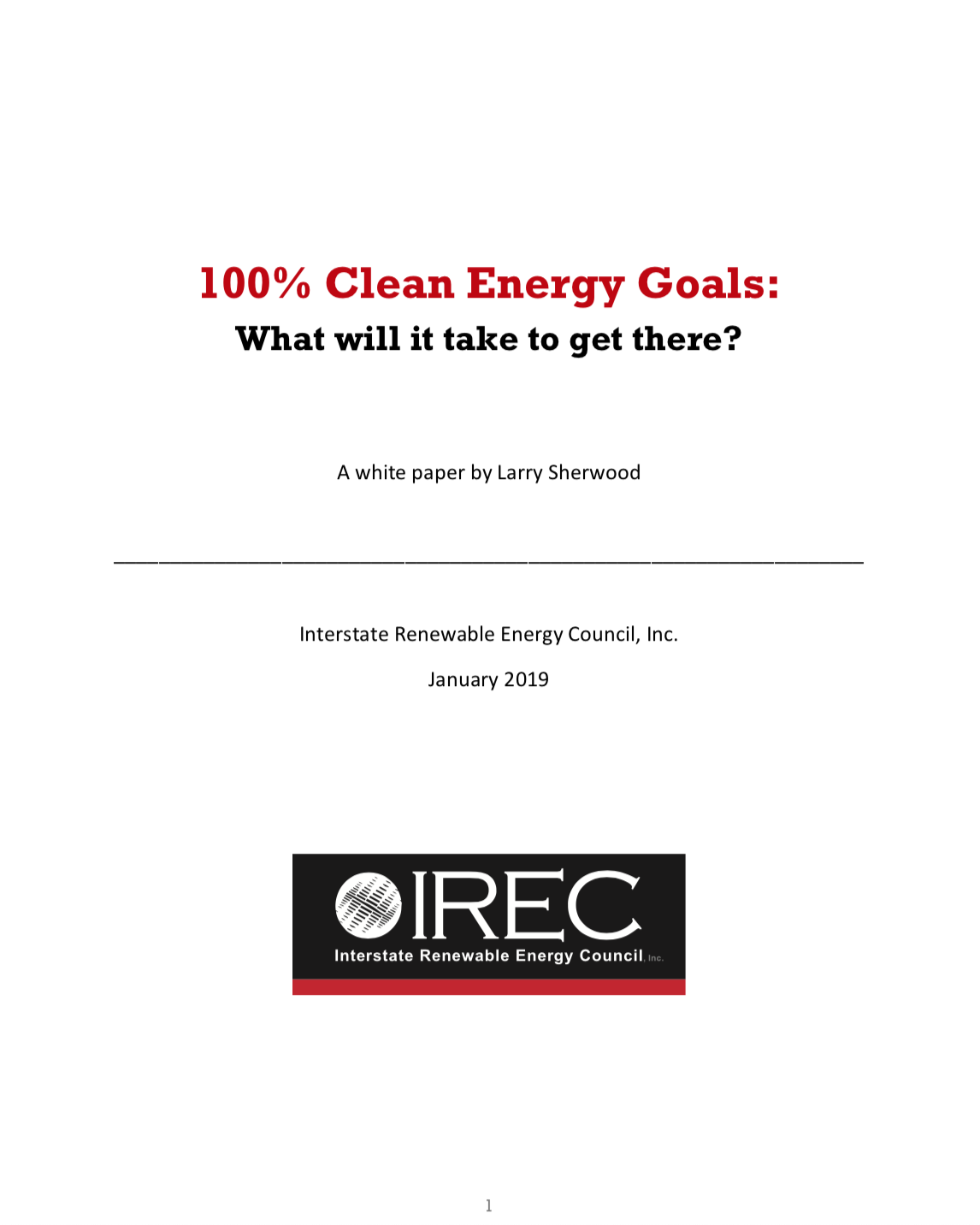 More than 90 U.S. cities and 140 large corporations have established 100% clean, carbon-free and/or renewable energy goals in recent years. California, with its new mandate that 100% of its energy power must come from non-carbon sources such as solar and wind by 2045, joins Hawaii, which previously established a similar goal. In several other states, newly seated governors campaigned in 2018 on goals of 100% renewable energy, and congressional representatives were sent to Washington positioning for a like-minded national proposal.

Setting 100% clean energy or renewable goals is a significant step, but the question remains: what really has to happen to get from here to there, and what are the benefits such a transition will bring?

Download the 100 Percent Clean Energy Goals: What will it take to get there?

The U.S. Solar Industry Diversity Study 2019 is an in-depth look at diversity, inclusion, and equity in the solar industry. It includes new data on wages, advancement, and career pathways for women and people of color.
Read More

IREC’s 2020 Annual Report covers our biggest highlights from 2020, including key wins from our Regulatory, Workforce, and Local Initiative teams, metrics that quantify our impact, details about our pending merger with The Solar Foundation, and more.
Read More

This guide is intended to help inform utilities choosing to provide specific requirements to ensure inverters are correctly selected and commissioned.
Read More
We use cookies on our website to give you the most relevant experience by remembering your preferences and repeat visits. By clicking “Accept”, you consent to the use of ALL the cookies.
Cookie settingsACCEPT
Manage consent