IREC first developed its model rules in 2003 in an effort to capture best practices in state net metering policies. 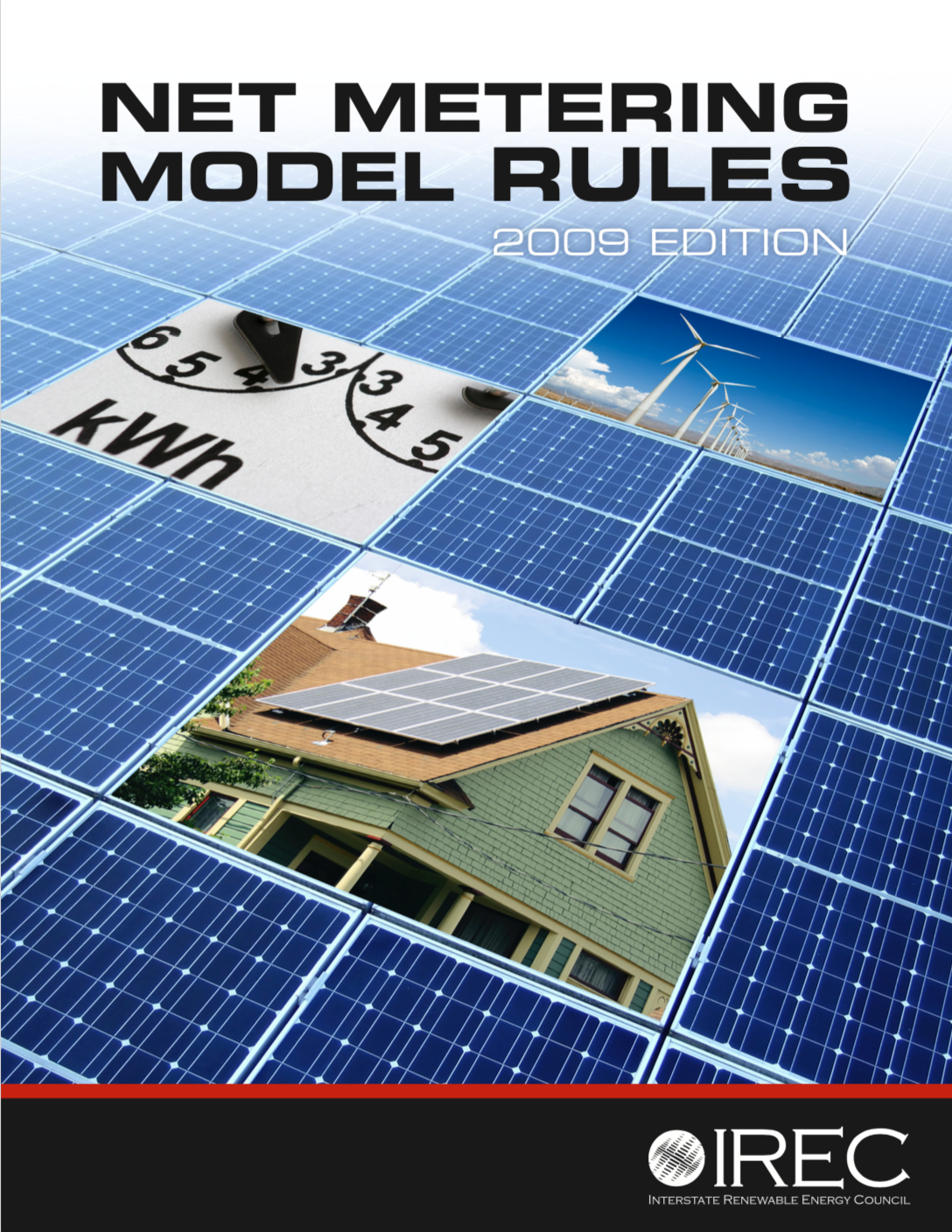 Since that time, there has been significant market growth for renewable distributed generation systems, in particular solar photovoltaics. To facilitate this growth, many states have either adopted net metering policies that capture some of the best practices that were identified in the IREC model rules or adopted rules that advance the policies contained in IREC’s model. In addition, many of the states that were first adopters of net metering policies have since revisited and updated their policies. While many of the basic issues essential to a successful net metering policy have not changed since 2003, substantial developments in state net metering policies and the marketplace have. IREC’s updated model rules incorporate lessons learned, along with development and dissemination of best practices. IREC’s model rules also include footnotes of various state approaches.

IEEE 1547-2018 is a technical standard that establishes how distributed energy resources (DERs)—like solar and energy storage—can connect to the grid. In particular, it establishes interconnection requirements for smart inverters, whose advanced “grid support” functions can help the grid accommodate higher levels of renewable energy. This checklist can help regulators, utility staff, and other DER stakeholders navigate the key decisions they need to make in order to align interconnection rules with IEEE 1547-2018.
Read More

This fact sheet presents an in-depth look at solar jobs in Puerto Rico, based on the data from IREC's National Solar Jobs Census 2021.
Read More
We use cookies on our website to give you the most relevant experience by remembering your preferences and repeat visits. By clicking “Accept”, you consent to the use of ALL the cookies.
Cookie settingsACCEPT
Manage consent